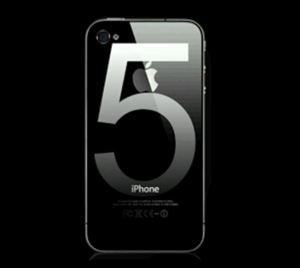 Just when all was relatively quiet on the iPhone front, new rumors about a possible iPhone 5 summer announcement have surfaced. Yes, you hard right: Not the alleged iPhone 4S, but what is being identified as the iPhone 5. BGR claims to have confirmed the next handset released will be a fully upgraded, next-generation iPhone. There have been rumblings that Apple would release something called the iPhone 4S, which amounted to the iPhone 4 with a variety of internal updates.

If BGR is right and Apple fanboys can set their sights on a next-gen model, that’s news enough. But the site is also claiming that inside sources say the iPhone 5 will also feature a “radical new design.” Unfortunately that’s as detailed as it gets, but there have been a variety of rumors about the handset’s possible remodel since the iPhone 5 chatter began earlier this year. Here’s a quick recap of what we’ve heard thus far:

Whether one, all, or any of these are true obviously remains to be seen, but we definitely have months of speculation to pull from. How much longer we have to wonder is also up in the air: If Apple follows its usual schedule, it will announce the iPhone 5 at its annual September event. But it’s being suggested that Apple may announce the handset in August, possibly even releasing it at the end of the month. While it doesn’t necessarily mean that the iPhone 5 is due this summer, the fact that Apple suppliers have cut iPhone 4 production gives it some credence.