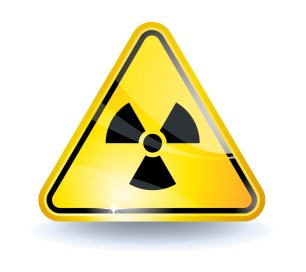 A smartphone that can measure radiation levels will be showcased at the Combined Exhibition of Advanced Technology (CEATEC) in Japan next month.

The development of the phone comes in the wake of the disaster at the nuclear power plant in Fukushima back in March. The plant suffered meltdowns inside several of its reactors and continues to release radiation into the environment, though it is gradually being brought under control.

Not surprisingly, demand for devices that measure radiation has increased dramatically in the country in the last six months and it’s this demand that inspired NTT DoCoMo, Japan’s largest mobile phone carrier, to develop the special smartphone.

The phone will be equipped with interchangeable cases, or jackets, that incorporate special sensors. Besides the one capable of detecting radiation, there’ll also be one that can measure the alcohol level in the body and another that’ll give a reading for body fat.

DoCoMo spokesperson Daisuke Sakuma told the news agency AFP: “Many customers have been nervous about radiation since the Great East Japan Earthquake. We had been thinking what services we can provide to address these needs as a telecom carrier.”

Although the operators of the stricken nuclear power plant and the Japanese government release information about radiation levels around the plant, many people are distrustful of the figures. With that in mind, it’s easy to imagine that DoCoMo’s smartphone will, if put on the market, be popular among consumers in the country.

CEATEC, Japan’s biggest tech show, kicks off on October 4 near Tokyo and runs for five days.

Nuclear waste, diamonds, and how they can revolutionize smartphone batteries

My favorite Z Fold 3 feature? Using it as a ‘normal’ smartphone

You can probably guess what makes the TCL Stylus 5G special