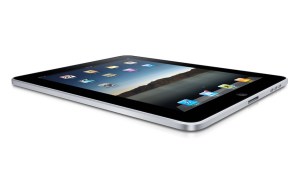 People in government say silly things sometimes. Illinois Rep. Jesse Jackson Jr. certainly did in a recent presentation he brought before Congress. He, like so many others, takes issue with the level of unemployment in our country and the outsourcing of jobs to foreign nations. While he makes some valid points on the latter in his speech, he builds the entire argument out of a misguided attack on the iPad, Apple and the forward march of technology.

Jackson, who recently purchased an iPad himself, claims that the tablet is “responsible for eliminating thousands of American jobs.” He said that this is due in part to Apple’s outsourcing of manufacturing duties to Chinese company Foxconn, and he blames the system that allows such a move to occur. While this does indeed speak to the larger issues influencing the U.S. job market — Apple is hardly the sole offender here — Jackson also gets into an anti-technology rant in which he rails against the idea of continuing advances in technology making jobs obsolete.

Publishing companies aren’t going anywhere, Mr. Jackson. Some are expanding to meet the demands of the increasingly popular media portal that the tablet PC offers, and the rest will almost certainly follow suit before too long. Those that don’t, and fail as a result, only have their own short-sightedness to blame. Librarians, same deal. Maybe paper books are becoming less popular, but libraries aren’t going to go away. They’ll change, and some job requirements might change with them, but that’s really just the way of things. As time passes, technology advances and the world simply adjusts to it.

Some brick-and-mortar stores will certainly close, and in some cases already have closed. Blame the Internet and the rise of online shopping. Why should a retailer maintain a physical store location when all of that overhead can be cut out by moving to the web? It all comes back to the system that allows for such a scenario; not so much that it’s wrong, simply outdated.

Jackson’s misguided rant is a product of the confusion, particularly among lawmakers, that the global online community has created. The Internet has forever changed the way we can and will do business, and it’s a much larger issue than one company’s outsourcing activities or even the job market as a whole adjusting to the march of technology.

Video-editing app LumaFusion to get a Galaxy Tab S8 launch
The best 12.9-inch iPad Pro Black Friday deal we found is still available
Apple iPad Mini just got a $100 discount for Black Friday
Should you buy an iPad on Black Friday or wait for Cyber Monday?
Latest iPad just got its first proper discount for Black Friday
Apple Cyber Monday Deals: Apple Watch, AirPods, iPad, MacBook
Get these JBL earbuds and 4 months of Music Unlimited for $25
OnePlus’ new Android update policy matches Samsung, shames Google
How Apple can fix iOS 16’s messy lock screen customization in iOS 17
The best voice-changing apps for Android and iOS
Spotify Wrapped 2022: what it is and how to view it
Save $225 on the unlocked Samsung Galaxy S22 Ultra with this deal
Samsung Galaxy Z Fold 4 is $350 off — no trade-in needed