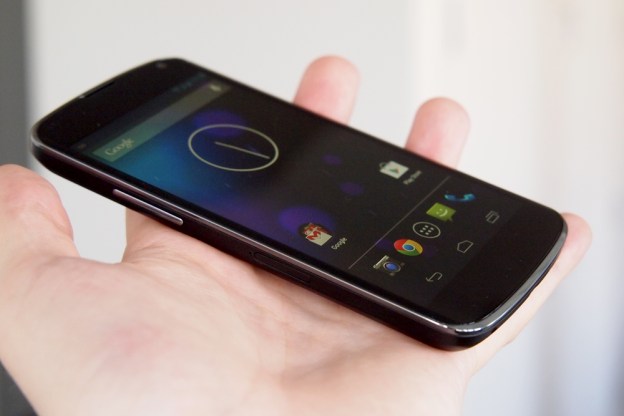 A few days ago, an LG representative told a Chinese news source its South Korean manufacturing plant was running smoothly, and that it had no problem supplying Google with all the Nexus 4 handsets it could need. Although it didn’t come right out and say it, one could interpret this to mean LG was transferring blame from it to Google for lack of Nexus 4 stock.

Now, in an interview with the French website Challenges, Cathy Robin, the Director of Mobile Communications for LG France has gone one step further and said Google severely underestimated the demand for the Nexus 4. By how much? She says Google’s initial estimates for the UK and Germany were 10 times lower than demand, which then impacted other countries as attempts were made to fulfill orders. The phone is still a rarity because the current delivery rate only matches Google’s pre-orders. This could be changing next month though, as LG is about to increase the production of the Nexus 4, a process which takes around six weeks.

Robin attempts to calm the waters with Google by saying she, “doesn’t want to throw stones,” and the relationship between the two companies is good. LG’s James Fisher said something similar at CES 2013, and confirmed the Nexus 4 was the first in a line of devices the two firms would produce together. Let’s hope they both learn from their mistakes.

While LG may have suddenly started to address the lack of Nexus 4 stock more vocally, Google hasn’t been silent on the subject, having called supplies, “scarce and erratic” at the end of last year. These outbursts may be interesting to read, but they don’t excuse both companies getting it so wrong in the first place. Work it out, guys. Get it right next time.