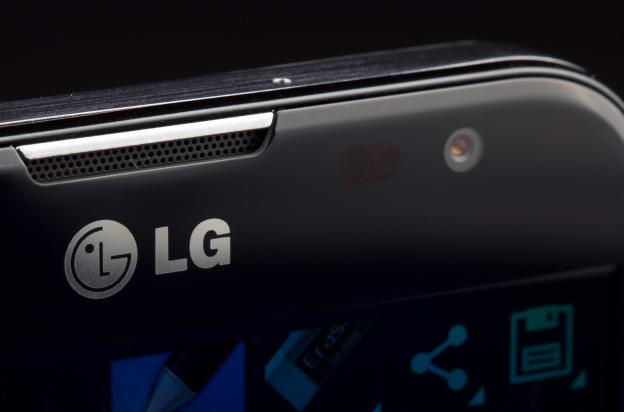 LG has given the world fair warning of its next device launch, which it will hold on August 7 in New York, but it hasn’t provided even the slightest clue as to what it will be revealing. Not even a cryptic picture on an invitation. Still, there’s plenty of time to go before the big day, and in this case, LG has been dropping hints all over the place about a new device for the last few months.

It has already told us it will be releasing the sequel to the Optimus G Android smartphone in the latter half of this year, and that when it does arrive, it will almost certainly have dropped the Optimus branding. LG’s probably not getting rid of the name entirely, but will be reserving it for mid-range hardware instead.

The phone could simply be named the G2, and rumors have been flying (and occasionally shot down) regarding the new G phone having one of the first flexible displays, meaning it’ll be almost impossible to break. These screens have been discussed for some time, and it is a race between LG and Samsung to see who will be first to bring one to market.

So, a flexible screened G2 is a distinct possibility for August 7, but what other evidence is there? Earlier this week, LG and Qualcomm put out a press release trumpeting the pair’s ongoing collaboration, saying the G2 – referred to here as, “the successor to the award-winning LG Optimus” – will feature the Snapdragon 800 processor, and that it will have 4G LTE connectivity. Qualcomm’s quad-core Snapdragon 800 has been announced, but has yet to find its way inside a smartphone or tablet, however we know it’s coming after the summer.

All this makes the G2, or whatever it’ll be called, very exciting indeed, and easily the most anticipated LG device since the, um, rebirth of the Chocolate phone in 2009. There’s still more than a month to go before the event, and LG isn’t very good at keeping quiet about its new hardware, so expect to hear plenty more about its plans in the meantime.

Video-editing app LumaFusion to get a Galaxy Tab S8 launch
The Pixel 7 is Google’s iPhone, and it’s my favorite Android phone so far
Why I don’t want to stop using the brilliant (but risky) Pixel 7 Pro
Snapdragon 8 Gen 2 is here, defining the next generation of premium smartphones
Google Pixel 7a could add three huge features over the Pixel 6a
This Amazfit fitness tracker is $35 for Cyber Monday, and it’s selling fast
This 10-inch Lenovo tablet is $129 for Cyber Monday (selling fast)
Save $200 on the Samsung Galaxy Tab S7+ with S Pen for Cyber Monday
The best smartphone stocking stuffers for the 2022 holidays
Don’t buy the wrong iPad during Cyber Monday — get this one instead
Samsung’s Galaxy Buds earbuds line is discounted for Cyber Monday
Audible Cyber Monday deal drops the price of Premium by 60%
This is your last chance to get 3 months of Kindle Unlimited for just $1