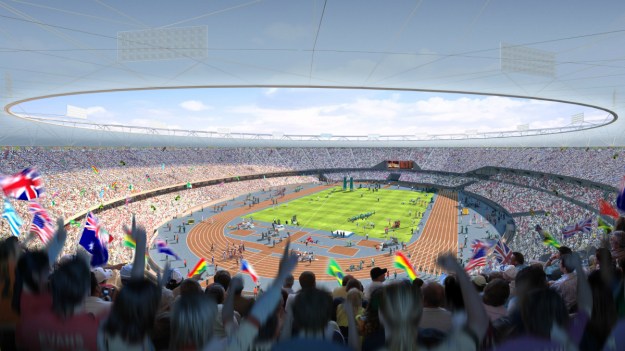 These days, during a big event like a sports game, spectators go into overdrive with their smartphones. Tweets are fired off like there’s no tomorrow, photos are snapped and sent and short videos of proceedings are taken and uploaded to the web.

It’s expected that at next year’s London Olympics unprecedented amounts of data will be flying around the UK capital. In fact, there’ll be so much demand on the mobile network that London mayor Boris Johnson said this week that it might not be able to handle the massive surge in traffic, resulting in the unthinkable: mobile phones might not work in London during the 2012 Olympics.

According to a Telegraph report, Johnson said organizers were trying to work out ways of moving mobile phone capacity to the Olympic Park from other parts of the city but that the growing popularity of smartphones and tablets was making the task ever more difficult.

“We are doing a huge amount of work to ensure there is enough coverage,” Johnson said. “But we have got to be realistic, in the men’s 100m final people want to download huge quantities of data which will put a massive strain on the networks. We are looking to install enough masts and have enough physical infrastructure and coverage for the huge demands, I am confident we will crack it.”

Such a network crash would of course be a big embarrassment for the city, but more importantly, it would have a huge impact on security arrangements and affect communication among workers and volunteers at the event. On top of that there’d be millions of frustrated spectators, tourists and locals unable to use their phones.

With just over 300 days until the opening ceremony, the mayor and Olympic organizers have plenty of time to deal with the issue, but the fact is we won’t know if enough has been done until the sporting extravaganza actually kicks off.