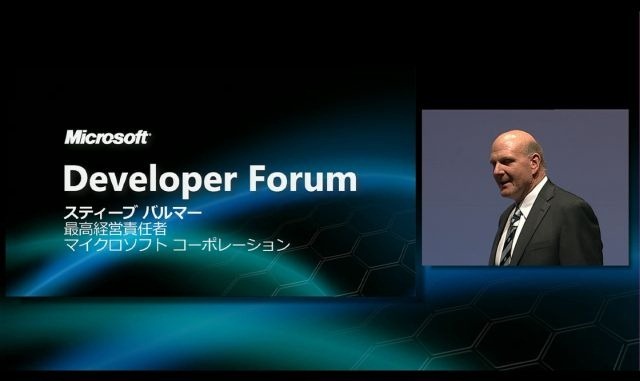 500 is a big number, but it’s exactly what Steve Ballmer promised developers at the Japanese Microsoft Developer Forum today. WMPoweruser has posted video of the Microsoft’s CEO calmly claiming that the new version of Windows Phone, codenamed “Mango,” will have more than 500 new features. He also said that more info will be revealed at Microsoft’s Mango event in New York and seemed to hint at possible carrier and handset announcements.

“We embarked on Windows Phone about a year later than I wish we had,” said Ballmer. “Shame on us. But we’re moving forward very…actively. We launched Windows Phone last November; we’ve done a set of upgrades; we have a release that will come to market later this year in Japan. Not only is it a new release that is now much more global, but we’ve added over 500 new features to Windows Phone. We have a big launch event to talk about the next release of Windows Phone tomorrow so that information will be, uh, forthcoming, including some of the particulars about who’s going to be building Windows Phones and which carriers will be offering them here in Japan.”

What those features are and to what scale Ballmer is referring, we do not know. The way he worded it, Mango could very well have 20 notable features and 480 tiny minute changes that no discerning person will notice. Or perhaps 500 is a legit number. Numbers aside, Mango will have some cool new features including the ability to make homescreen “live tiles” out of just about any page of an application, essentially allowing your homescreen to deeplink into a particular page or feature of an application. Actual multitasking is also on the docket, as is turn-by-turn navigation. To learn about all the features coming to Windows Phone (that we know about), head to our Mix 11 roundup and new features page.

Ballmer also brought up Skype, claiming that helping people communicate is one of the most fundamental things Microsoft does and there’s no better platform for that than Skype.

We will be at Microsoft’s Mango event live tomorrow morning, so check back for the full report.

Video-editing app LumaFusion to get a Galaxy Tab S8 launch
These are the phone features and innovations we loved in 2020
3 features we want from the Microsoft Surface Duo 2
The Surface Duo has arrived, and it’s a preview of a new era for Microsoft
eBay Flash Sale: Save on Apple Watch, iPhone XR, and Microsoft Surface Pro 7
Samsung Galaxy S23 leak teases a disappointing charging spec
The iPhone 14’s car crash detection might be a little too good
Best Apple deals and sales for September 2022
Make your fortune with the best stock-trading apps for iOS and Android
Best smartwatch deals for September 2022
The best Samsung Galaxy Tab S8 keyboard cases
Apple AirPods Pro 2 vs. Samsung Galaxy Buds 2 Pro
How to add multiple wallpapers and change your home screen on iOS 16