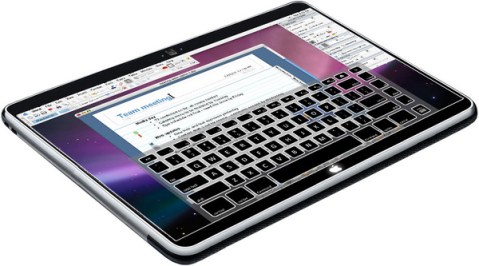 We’re sure that everyone is tired of hearing rumors about Apple’s mythical 10″ tablet by now, but there appears to be some concrete news to report on the device for a change. According to VentureBeat, mobile app analytics firm Flurry has managed to track the elusive tablets in the wild.

Apple is notoriously tight-lipped about its new products and unsurprisingly, not even a single spy photo has managed to escape from Cupertino. However, Flurry has been able to track the devices based on roughly 200 different apps that were downloaded by Apple testers.

According to Flurry, 50 of the devices — all located within Apple’s Cupertino campus — were tracked and all were running iPhone 3.2 which seems to shoot down any aspirations that the tablet would be running a full-blown version of the desktop version of OS X. Flurry also states that the devices first started popping up in its system in October, but a rather large influx of the devices started appearing this month.

Now before anyone says, “Well, couldn’t these just be iPhones running OS 3.2”, Flurry VP Peter Farago has an answer. “If this were an iPhone we were looking at, the hardware would tell us when we ask it (via the software),” noted Farago. “So we can rule out that this is an iPhone. Also, we already see verified iPhone devices testing OS 4.0 and these leave (Apple’s Cupertino, CA) campus, whereas this device does not. This makes sense given the secrecy around the new tablet device as the launch event nears.”

Farago went on to add that, “The apps being tested match up to what the devices is supposed to feature (e.g., news, books, etc.)” and “We wouldn’t publish such a report without a high level of confidence.”

We only have to wait until Wednesday at 10 a.m. PST to see what the real deal is on Apple’s tablet. Until then, we’ll stay mum unless the unthinkable happens and the devices somehow manages to leak onto the web.

Topics
Video-editing app LumaFusion to get a Galaxy Tab S8 launch
The best iPad Pro games in 2023: the 26 best ones to play
The best smart notebooks in 2023: 8 picks you need to check out
The best protective iPhone cases in 2023: the 25 best ones
The best tablets for kids in 2023: top picks for your kids
Yes, we really are completely spoiling the OnePlus 11 and Buds Pro 2 launch
The best rugged smartphones for 2023
The best iPhone games in 2023: 31 games you need to play right now
This Apple leaker just revealed tons of changes for iOS 17 and iPhone 15
Beats Studio 3 headphones are $120 off today at Amazon
How to cheat in Words With Friends
Trading in your iPhone with Apple? You’ll get less than yesterday
The best QR code scanning apps for iPhone and Android in 2023