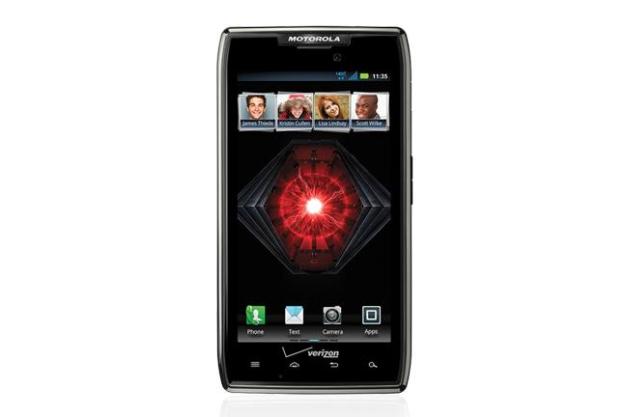 “With double the battery life of the Razr and a much improved camera, the Motorola Droid Razr Maxx is one of the best smartphones on the market.”

The Droid Razr sold well at Verizon over the holidays, but it always felt like it was missing something. It lagged behind the Galaxy Nexus when it came software, and despite being the world’s thinnest smartphone at just 7.1mm thick, it lacked many other distinguishing characteristics. How a few months can change things. With the Droid Razr Maxx (yes, two X’s), the company has managed to double the already impressive battery life of the Droid Razr by only adding 2 millimeters to the overall thickness of the phone. It’s amazing what 2mm can add to your day.

For all the hype about the Droid Razr being a super-thin phone, we never found it particularly comfortable to hold. It was almost too thin, and as a result, its edges were a bit sharp. So despite being 9mm thick instead of 7.1mm, the Droid Razr Maxx is actually more comfortable to hold and use than its predecessor. The edges have been rounded off and the camera on the back of the phone, which awkwardly jutted out from the back, now blends right into the design. The phone doesn’t feel bigger or thicker, it just feels better. It’s as if this was the real design of the Razr, but a Motorola executive demanded they slice the back off with a cheese grater.

Like the original, the Maxx has a shiny dark gray frame, a big Gorilla Glass screen, and a woven Kevlar back, just for kicks. We don’t think it will stop bullets, but Motorola points out that the inner frame of this plastic phone is stainless steel, helping it feel sturdy. The large 4.3-inch screen is the perfect size, though, we do wish that the screen pushed a bit closer to the edges of the phone. As it stands, the screen could be slightly larger or the frame could be slightly narrower.

Some people seem to like the design of the Razr, while others don’t. We don’t think it’s as attractive as the iconic 2004 Razr, but perhaps only the iPhone 4S can take that title these days. Our other complaints: there are too many Verizon and Motorola logos littering the front and back, and the curved corners are an odd design choice. Overall, the backs of the Droid Razr and Razr Maxx are more attractive than the front. The power and volume buttons are also still a bit small and strangely placed. The power button is easy enough to tap, but we find the volume toggle difficult to comfortably reach. Motorola did a much better job making the volume and power buttons easy to use on devices like the Motorola Photon.

The internal hardware of the Droid Razr Maxx is identical to the Droid Razr. It runs on a 1.2GHz dual-core TI OMAP 4430 processor, has 1GB of RAM, 16GB of internal storage (11.5GB is usable), and comes with a 16GB microSD card. It’s as powerful a phone as you’re going to find. We did some benchmarking and in Quadrant, it got an average score of 2,150, which is a bit lower than the original Droid Razr’s 2,400, but still in line with dual-core devices like the HTC Amaze 4G and the Samsung Galaxy S II.

Did we mention that the Razr Maxx has a 4.3-inch Super AMOLED screen with a resolution of 540 x 960 pixels? Yep, you read that right: it has a Super AMOLED screen. This means it is instantly a helluva lot nicer to look at than any other Motorola phone this year. The Droid 4, Atrix, Photon, Droid 3, Droid X2, and Droid Bionic all use an LCD PenTile display that just doesn’t display color well and has a visible subpixel grid that degrades the quality of the display, despite a high resolution. The new screen, which isn’t quite as rich as the Super AMOLED Plus display on the Samsung Galaxy S II, fixes one of Motorola’s biggest deficiencies.

Motorola finally upgraded its screen technology, but it hasn’t yet designed a new interface to take advantage of it. The Razr Maxx runs on Google Android 2.3 (Gingerbread) with a custom Motorola user interface layered on top of it called NinjaBlur. Motorola’s NinjaBlur adds almost nothing to the Android experience, aside from some widgets, and it’s ugly dark blue and gray color palette sucks the life out of Android. Companies like Samsung and HTC have prospered by making Android more colorful and user friendly, but Motorola has yet to grasp the concept. Perhaps it is a good thing that the company has been bought by Google. It might mean the end of these custom interfaces. Motorola has promised that Droid Razr and Razr Maxx owners will get an Android 4.0 update by mid 2012.

The typical slate of Verizon bloatware is included on the Maxx. Blockbuster, Amazon Kindle, GoToMeeting, Let’s Golf 2, Verizon services, Netflix, and NFL Mobile are all accounted for, among some custom Motorola apps like MotoCast and Smart Actions (read about them here).

I wish we had the original Droid Razr back here to compare, but the Razr Maxx appears to have a better 8MP rear camera than its predecessor, or almost any Motorola phone on the market. Instead of lagging behind, the device snaps pictures almost as quick as the Galaxy Nexus and its autofocus isn’t too slow either. Better color correcting software appears to be in place as well. We found that almost every type of picture, and especially those using the LED flash, had fairly accurate color and lighting. Night shots came out much more accurately as well and didn’t contain the kind of blurring we’ve seen in other Moto devices. The 1.3MP front camera works well enough, though we did have some issues with over-saturation.

Call quality has been stable. We did a few tests with speaker and without and aside from the usual ambient noise you hear on speakerphone, everything sounded decent. On Verizon’s 4G LTE network, speeds here in Manhattan, New York City are holding up quite well. During peak hours, when the network is utilized most, we’re getting 6Bmps to 7Mbps download speeds and 1Mbps upload speeds. When the airwaves aren’t as crowded, Verizon’s network averages between 10Mbps and 20Mbps down and 5Mbps to 10Mbps up.

One of the big selling points of the Droid Razr was its battery life, but the Razr Maxx runs circles around it, and any other smartphone on the market with a 3,300mAh battery. Most smartphones have between a 1,500 and 1,900mAh battery, but Motorola has taken it up a notch. It now touts 21.5 hours of talk time and up to 15.8 days of idle time. We don’t know if you’ll get those numbers, but after a full day’s use, we were still at about 80 percent battery life. At the very least, you shouldn’t have to worry about charging your phone before bed.

Like the Razr, if you’re using the Wi-Fi or LTE connection extensively to download a ton of data or stream movies, you will notice that the phone gets a bit hot and the battery drains a lot faster. For more battery savings, you can use the Smart Actions app to shut off functions like GPS, Sync, and Wi-Fi when you don’t need them.

With double the battery life of the Razr and a much improved camera, the Maxx is one of the best smartphones on the market. It has a dual-core processor, 4G LTE connection, Super AMOLED screen, great battery life, and it’s still one of the thinnest phones on the market. Though we still prefer the Android 4.0 operating system on the Galaxy Nexus, Motorola promises that Maxx owners will get it by mid-2012. As they say, good things come to those who wait.