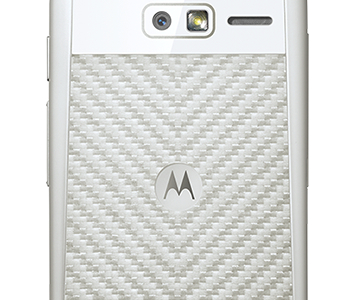 It looks like we’ve got proof Motorola is working on a device with the codename X Phone, as the company is actively recruiting for new staff to work on the project. A job advertisement was spotted on LinkedIn with the title, “Senior Director Product Management, X-Phone,” then subsequently on Motorola’s own career site too. While the listing has now been pulled from LinkedIn, it still exists on Motorola’s website, just without the mention of the X Phone.

The X Phone, in case you need a reminder, is rumored to be the first device on which Google will collaborate with Motorola, a company it acquired last year. Motorola has been slowly working through the hardware it already had lined up for release prior to its sale, a process expected to last a few more months yet. Once all those are out of the way, it can concentrate on new and exciting co-projects with Google.

Unfortunately, the job description didn’t give anything away about the X Phone’s possible specification or any super secret features, but it did state the successful candidate would be working on a, “Next generation smartphone platform.” We’ve heard the X Phone won’t be a Nexus device as we know it, but will have a new interface designed by Motorola that has Nexus-like qualities.

Some of the duties the successful Product Management candidate will be performing include supervising carrier customization requirements, scheduling maintenance updates and working closely with the marketing team. These sound like tasks saved for the closing stages of a new product launch, lending further weight to the possibility of a mid-May reveal for the X Phone at Google I/O.

Some may be wondering why Motorola would leave hiring what sounds like a key member of the team until the last minute. A check of LinkedIn reveals many Motorola members of staff with a similar job title, and this vacancy could be due to an internal reshuffle, promotion or the result of someone leaving the company.

Motorola was one of the topics up for discussion during Google’s earnings call at the end of January, where CEO Larry Page chatted about the need for longer battery life and improved durability from our smartphones, and hinted Motorola was already hard at work on solving these very problems. The X Phone had already been linked with addressing these issues.

So what about the X Phone’s other specifications? PhoneArena has received a comprehensive tip which adds some detail and expands on the existing theories regarding the X Phone’s feature list. The battery and tough exterior duties will be fulfilled by two staples of past Motorola spec sheets, the 3000mAh battery (variations of which have been used inside Motorola MAXX smartphones) and a kevlar body shell.

The screen could be around 4.8-inches to 5-inches in size and the processor should have four cores, while the camera may use one of Sony’s new Exmor RS sensors, which recently made its debut in the Xperia Z. As for the operating system, the X Phone could be used to mark the first appearance of Android 5.0 Key Lime Pie.

Motorola badly needs a flagship phone to show the world it can keep up with Samsung, LG and HTC. Could the X Phone be the one? We may find out on May 15 at Google I/O.