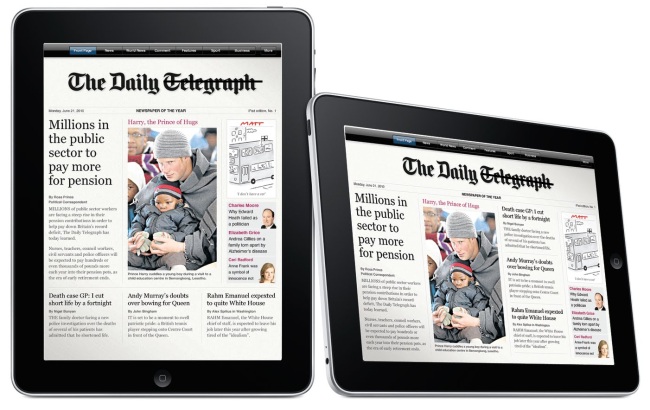 We were told it was a matter of “weeks, not months” when Apple and News Corp. delayed the launching of The Daily, and by all accounts that scheduled may remain intact. TechCrunch is reporting that James Murdoch (son of Rupert Murdoch) says the iPad-only publication should be available “in the next few weeks, I hope.”

In an interview at the DLD conference in Munich, Murdoch wouldn’t offer any specific dates, but did try to add hype to the upcoming production – which is difficult, considering that news first broke about The Daily in November. Nonetheless, Murdoch called it “a brand new piece of journalism” and said it’s expected to do well with US audiences.

But the continuously pushed-back release isn’t the only item haunting The Daily. There’s been a lot of talk about how involved Steve Jobs (and Apple for that matter) will be involved in the unveiling and promotion of its first subscription-based publication. In light of Jobs’ recent leave of absence and health issues, it can be assumed he won’t be at the press event, but the question of Apple’s collaboration still remains.

The company may be giving Apple some competition in the future. When asked whether News Corp. would launch a tablet, Murdoch replied, “Not right now.” Cryptic.

Video-editing app LumaFusion to get a Galaxy Tab S8 launch
Best Black Friday iPad Deals: iPad Air, iPad Mini, iPad Pro
The best 12.9-inch iPad Pro Black Friday deal we found is still available
Apple iPad Mini just got a $100 discount for Black Friday
Should you buy an iPad on Black Friday or wait for Cyber Monday?
We asked the experts if biological sex affects heart rate sensor accuracy
I still love my iPhone 14 Pro, but not for the reason I expected
The best iPhone apps to download in December 2022
Instafest app: How to make your own Spotify festival lineup
How old phones became the cool, good phones in 2022
The best Android apps for December 2022
The Galaxy Z Flip 5 might fix the Flip 4’s biggest design flaws
Don’t listen to billionaires like Elon Musk — app stores are fantastic