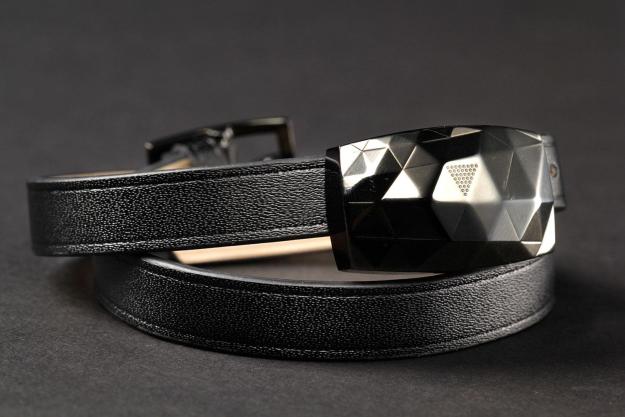 “Netatmo is on track with the June UV’s design, but few people will be interested in its powers of UV detection.”

What do you think of when you picture a wearable? Chances are you imagine something ugly, boxy, nerdy, and masculine. The first round of smartwatches and fitness trackers certainly match this description, but a few startups are working to shatter wearable tech’s ugly stigma.

Most of the attractive wearables come from small companies who raised funds for their female-friendly designs on crowdfunding sites like Kickstarter and Indiegogo. Thanks to the efforts of these startups, high-tech jewelry and a handful of pretty wearables will soon hit the market.

Netatmo’s June UV bracelet is one of the earliest examples of wearable tech made by women for women. Most of the focus is on its design, as its functionality is limited to measuring UV rays and warning women about sun exposure.

The June is undoubtedly one of the more beautiful pieces of wearable tech we’ve seen so far, but is it useful?

Designed by women, for women

Netatmo founder and CEO Fred Potter came up with the idea for a wearable that tracks sun exposure while on vacation in Guatemala with his family. After one cloudy day on the beach, he was shocked to find that he was sunburned, even though it wasn’t sunny, so he decided to make a wearable that can detect UV rays and advise you to protect your skin. And so the idea for June UV was born.

The June UV looks and feels like a normal piece of jewelry. It makes a great bracelet, but if you want, you can easily clip it onto a headband, hair tie, or lapel.

Since too much sun can cause premature skin aging — aka wrinkles — Potter wanted to design the bracelet for women. The team considered many different designs before settling on one from renowned French jewelry designer Camille Toupet, who has worked for Louis Vuitton and Harry Winston, among others.

Toupet’s design features a wrap-around strap with a small jewel that can be clipped onto it. The jewel holds all of June UV’s sensors and a decent-sized battery, which lasts a month on full charge. The strap comes in black leather and black silicon for when you want to work out. It looks like a watchstrap and even closes like one.

The jewel comes in three colors: gold, platinum, and gunmetal. It’s rectangular and measures less than two inches long. It features triangular facets that reflect the light just like a real jewel would. There’s a clip on the back of the jewel that slides on and off the strap, and also slips onto the cradle charger.

The June UV looks and feels like a normal piece of jewelry. It makes a great bracelet, but if you want, you can easily clip it onto a headband, hair tie, or lapel. The only danger is that it might fall off if whatever you’re clipping it to isn’t as thick as the leather strap Netatmo provides. Also, once the weather started getting cold, I found that my coat or sweater sleeve kept blocking June’s sensor. I had to roll up my sleeve or clip it somewhere else if I wanted it to track my sun exposure. This will be an even bigger problem in the winter.

Overall, I liked the design and felt that it blended in with my other jewelry, which is something that I really can’t say about any other wearable I’ve tried so far. Like any wearable, June won’t suit every style. It is after all, a piece of jewelry. It has a simple design and it’s not as flashy as most of the other wearables I’ve seen targeted at women. It’s more or less on par with Misfit’s Shine pendant setup and Ringly’s ring.

Wearable tech should be inconspicuous and attractive. June satisfies both of these requirements. It’s nice to see companies making wearables specifically for women – it’s just a shame the big-name brands aren’t doing it yet (with a few notable exceptions).

Tracking sun exposure … and nothing else

So many wearables try to do everything – they want to take over for your smartphone. Netatmo’s June does one thing and one thing only: It tracks your UV exposure to ensure that you don’t damage your skin with the sun’s fierce rays. June won’t buzz when you get an email, or light up every time you get a “Like” on Facebook.

For the millions of women who already wear sunscreen everyday thanks to makeup or actual sunscreen moisturizers, it won’t be all that helpful.

June is inconspicuous and quiet. It features UV A and UV B sensors, Bluetooth Low Energy, and a companion app.

If you sit in the sun too long or the UV index is incredibly high, its companion app will send you a notification with a recommendation. It may tell you to apply sunscreen, what level of SPF to use, to don a hat, or put on some shades – that’s it. The app also gives you a forecast with the projected UV Index and tells you to pack your sunscreen, hat, or sunglasses when necessary. It shows your UV exposure history, too. It’s that simple.

Netatmo based their daily UV dose recommendations on the World Health Organization’s data. The app’s suggestions of sunscreen, sunglasses, and hats are based on the user’s skin type. Netatmo uses the Fitzpatrick scale for skin tone to determine which type you are. The types range from 1 to 5, based on hair, eye, and skin color. I classified as the most sensitive type 1 with my blonde hair, blue eyes, and pale skin.

June will remind those who don’t pay attention to their sun exposure to take better care of their skin, but for the millions of women who already wear sunscreen everyday thanks to makeup or actual sunscreen moisturizers, it won’t be all that helpful.

Given my complexion, I’m one of those people who wears sunscreen every day. June didn’t help me at all, really, except satisfy my curiosity about the UV index. The notifications were sometimes annoying when I was lounging around in Central Park, just trying to relax on the weekend.

It’s certainly not a jack of all trades like an Android Wear smartwatch and it doesn’t even have the standard functionality of a fitness band. If you’re deeply concerned about sun exposure, you might find the June UV extremely helpful. I can see where it might be useful for those with a history of skin cancer in their families, people with serious skin conditions, if you work outside all day, or you’re an actor, but most will not see the point.

Netatmo says the June UV should last one month on a single charge, thanks to the energy savings of Bluetooth LE. After using June for a few weeks, our review unit still has almost a fully charged battery. When you do have to charge the device, it clips onto a charger that can plug into any standard USB slot.

The charger is very small and portable, but it is also extremely easy to lose. Since you won’t have to charge it every day, it’s possible that you might forget where you put it after the last time you charged it. Still, the long battery life is definitely a plus for June, especially when you compare it to other wearables that don’t even last a full day.

Netatmo is on the right track with June UV’s design, but when it comes to functionality, it’s very limited. Only a small subset of people will be interested in June’s powers of UV detection. We think June would attract more attention and would-be buyers if it features a pedometer or some other fitness sensors. June could be a standout product, if only it were more useful.

That said, Netatmo’s June UV does the job it was assigned very well. It accurately registered the UV index most days, alerted me when I received too much sun, and stayed charged day after day. If you’re concerned enough about your sun exposure to buy a $100 UV tracker, the Netatmo June UV is a good buy. But for most people, it’s just not useful enough to justify the price.

Topics
Video-editing app LumaFusion to get a Galaxy Tab S8 launch
The best smartwatches for 2022: Apple Watch Series 8, Galaxy Watch 5, and more
When is my phone getting Android 13? Google, Samsung, OnePlus, and more
The best Samsung Galaxy S21 Ultra screen protectors
The U.K. wants to break up Google and Apple’s cloud gaming stranglehold
Apple’s MagSafe Leather Wallet for iPhone is 24% off for Black Friday
Why the cheap Pixel 7 ruins all other Black Friday phone deals
MagSafe PopSockets are life changing, and on sale for Black Friday
This iPhone 11 Black Friday deal is crazy good — get it for $199
The best Black Friday phone deals for 2022
It’s Saturday, and the Pixel 7 and Pixel 7 Pro are still at Black Friday prices
This Apple Watch Ultra Black Friday deal hasn’t ended yet
AirPods Pro still at their lowest-ever price following Black Friday