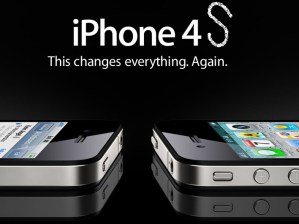 Believe it or not, the release date for the next Apple iPhone is getting closer every second. We don’t yet know exactly when that will be, of course. But a new round of rumors from sources in Taiwan gives us the clearest view of what Apple may have in store.

According to DigiTimes, Apple will not release an iPhone enabled with 4G LTE technology until next year. Instead, Apple will release the iPhone 4S in September, and hold off on what will presumably be the iPhone 5 until 2012. DigiTimes‘ sources only say that the iPhone 4S September release date applies to Chinese wireless carrier China Mobile, but it’s practically impossible that Apple would release its new hot device in China before a US debut, so a wide September release seems most likely.

Reports that Apple will wait to bring LTE to its iPhone line have been milling around for some time now. Late last week, analyst Peter Misek said that Apple wasn’t happy with the early Qualcomm LTE chipset, so the Cupertino, California-based company will instead release the iPhone 4S with “minor cosmetic changes, better cameras, A5 dual-core processor, and HSPA+ support,” rather than LTE connectivity.

Corroborating this prediction — at least the LTE part — is none other than Apple COO Tim Cook, who told investors last month that it would wait on LTE. “The first generation of LTE chipsets force a lot of design compromises with the handset, and some of those we are just not willing to make,” he said.

Adding further support to the September release theory, additional sources tell DigiTimes that Apple has slowed production of its iPhone 4, a surefire sign that a new model will soon be coming down the assembly line. That report also adds fuel to the rumor that the next iPhone will sport an 8 megapixel rear-facing camera, which would be a 4MP boost from the current iPhone 4.

So there you have it: If all these rumors come true (which is entirely possible, but not particularly likely), the next iPhone will be called the iPhone 4S, and launch in September. It will look much like the iPhone 4, have an 8MP camera, a faster A5 processor and support HSPA+ connectivity, which would give it a connection speed boost.

The iPhone 5, on the other hand, will likely support 4G LTE connectivity, and will come out next year. Recently leaked photos also suggest that the iPhone 5 will have an edge-to-edge screen, and have its camera in a different place than the iPhone 4.

Topics
Video-editing app LumaFusion to get a Galaxy Tab S8 launch
The best grocery list apps for iPhone and Android in 2023
Samsung Galaxy S23: release date, specs, price, rumors, and news
My iPhone 14 Pro camera is ruined, and it’s all Apple’s fault
The Galaxy Z Fold 4 isn’t just a good phone — it’s also my favorite computer
The best iPhone apps in 2023: 50+ apps you need to download now
The iPhone 15 Pro’s rumored new design is one I can’t wait for
The best folding phones in 2023: our 6 favorite foldables right now
You can finally take ECGs and track AFib on a Garmin smartwatch
I bought a $50 Apple Watch Ultra clone, and it blew me away
Best cheap phones in 2023: our 5 favorite ones for tight budgets
How to get Apple’s Black History Month 2023 wallpapers for your iPhone and Apple Watch
Yes, we really are completely spoiling the OnePlus 11 and Buds Pro 2 launch