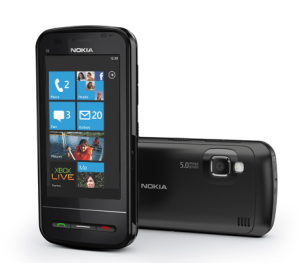 Windows Phone may be Nokia’s new operating system of choice — but don’t expect to actually find it on a phone anytime soon. According to a report by the Guardian, Nokia will not adopt the current version of Microsoft’s mobile platform — which means it won’t arrive on Nokia handsets until the at least the end of October.

The next major update of Windows Phone, which is reportedly codenamed “Mango,” is set for this coming October. The Guardian points out that it will have a “slightly different” name than the current “Windows Phone 7” moniker. (We’re going to have to agree with ZDNet, and guess that the name will be really out there, like “Windows Phone 7.5,” or something crazy like that.)

If you’ve been listening to Nokia CEO Stephen Elop’s recent statements about the Nokia-Microsoft deal, you would have noticed that he’s been particularly careful to only call it “Windows Phone,” not “Windows Phone 7.”

Of course, all this follows the earth-shattering news from last week that Nokia — the world’s largest  mobile phone maker — will abandon its market-leading Symbian operating system, which Elop says is no longer competitive, with Microsoft’s Windows Phone OS.

It will be interesting to see how Microsoft tweaks its mobile OS to suit the needs of Nokia’s massive customer base. Speaking at Mobile World Congress 2011 this week, Elop alluded to Microsoft’s commitment to building a Nokia-centric platform, saying the tech giant had committed “billions of dollars” towards the software’s development. So it’s possible that the next iteration of Windows Phone will look and feel quite different to its predecessor, though Microsoft will likely take baby steps in that direction, rather than one giant leap.

Software aside, we’ve already been given a glimpse of what a Nokia-Windows Phone device might look like. Immediately following the official announcement of Nokia’s deal with Microsoft, photos of a line of colorful Nokia concept handsets “leaked” online.

October is a long ways away, so don’t be surprised when the actual release date for the first Windows Phone-based Nokia device moves around — because, chances are, it will, a lot.