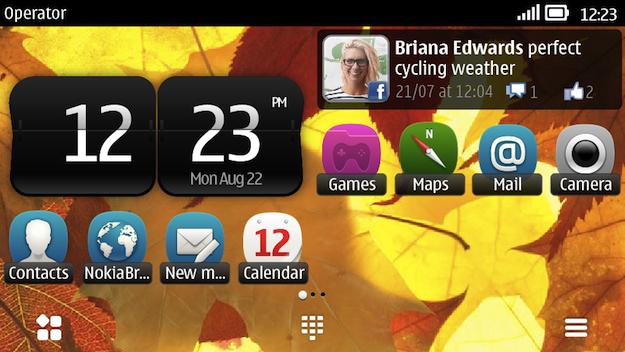 On Wednesday, Nokia announced the next update of their Symbian^3 operating system, named Belle, would be coming out in February for select devices. Except they didn’t call it Symbian Belle, but Nokia Belle instead.

The subtle name swap was explained with a throwaway quote in parenthesis saying “previously Symbian Belle,” which did little to shed any light on the situation. Since joining forces with Microsoft, Nokia has steadily streamlined its branding, often simply replacing the word Ovi with Nokia. For example, Ovi Maps and the Ovi Store became Nokia Maps and Nokia App Store instead.

But dropping the internationally recognized Symbian name would prove to be considerably more difficult, as according to a post on Nokia’s official Conversations blog, they received “heaps” of questions concerning it. Feeling the need to explain themselves, the drafted in their Symbian Marketing Head to give it a try.

Here’s why it’s now Nokia Belle: “We are still using Symbian Belle with some audiences like developers but now we also have the flexibility of using Nokia Belle when referring to our greatest and latest Symbian software update.”

But questions still continued, to which Nokia responded again in a further blog post, citing the move from Ovi to Nokia and adding that “If nothing else … If you have a new Nokia phone, the intuitive search would be for Nokia Maps rather than Ovi Maps, for example.” This indicates the quiet distancing from the Symbian brand is, as with Ovi, all a question of branding.

It’s still surprising they thought it could be phased out so quietly, though.

The Symbian, sorry, Nokia Belle update will begin its rollout in February 2012 on a wide variety of devices, including the N8, E7, E6, X7, 500, Oro and the C7. Brand new N8, C6-01 and C7 phones will have the software already installed. Nokia calls Belle a major update and says it’ll be “well worth the wait.”

Video-editing app LumaFusion to get a Galaxy Tab S8 launch
The Galaxy Z Fold 4 isn’t just a good phone — it’s also my favorite computer
The best QR code scanning apps for iPhone and Android in 2023
The best USB-C headphone adapters for 2023
The best Bluetooth trackers for 2023
The best rugged smartphones for 2023
The best iPhone games in 2023: 31 games you need to play right now
This Apple leaker just revealed tons of changes for iOS 17 and iPhone 15
Beats Studio 3 headphones are $120 off today at Amazon
How to cheat in Words With Friends
Trading in your iPhone with Apple? You’ll get less than yesterday
3 reasons you should buy the Google Pixel Watch today
This is the OnePlus Pad — the OnePlus tablet we’ve waited years for