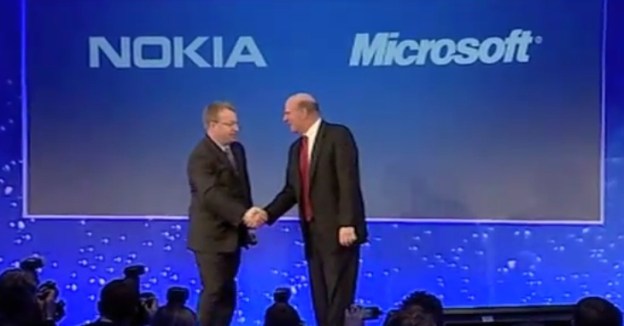 Nokia CEO Stephen Elop gave an interview in which he was reported to say, “Today we’re engaged and satisfied with Microsoft, but anything is possible,” in response to a question regarding the company’s possible adoption of the Google Android operating system. The statement has seen renewed speculation that Nokia’s relationship with Microsoft is in doubt, and the Finnish firm is looking in Android’s direction for the future.

The interview was with the Spanish website El Pais, but according to TechCrunch Europe, Elop’s words were run through a translator before publication, meaning some of the English reports may have been translations of the translations – resulting in a high-tech game of Chinese whispers.

Nokia has now provided an accurate – or at least, properly vetted – version of Elop’s quote, which goes like this, “In the current war on ecosystems, we are fighting with Windows Phone… Now what we’re always doing is asking, how does that evolve? What’s next?… What role does Android or other things play in the future? We’re looking further into the future, but in terms of what we’re bringing to market, and what we’re immediately focused on, we’re focused on Windows Phone.”

This has an obviously different emphasis to the translated text, and although it’s clear Nokia isn’t sure its relationship with Microsoft will last forever, there’s no real discussion of Android being the next thing on its list. And indeed, why should it be? Nokia has rejected Android already, and as we’ve seen over the last few weeks, there are several interesting new mobile operating systems about to hit the market over the coming months. Perhaps seeing how not only Windows Phone, but also software such as Ubuntu for Mobile and Jolla’s Sailfish, start to play out is a wise decision.

This is the second time in as many months that Nokia has been attached to Android, after a job posting for an embedded Linux software engineer sparked rumors the company was exploring Google’s operating system. It turned out Nokia was recruiting for developers to work on its cross-platform Here Maps app.