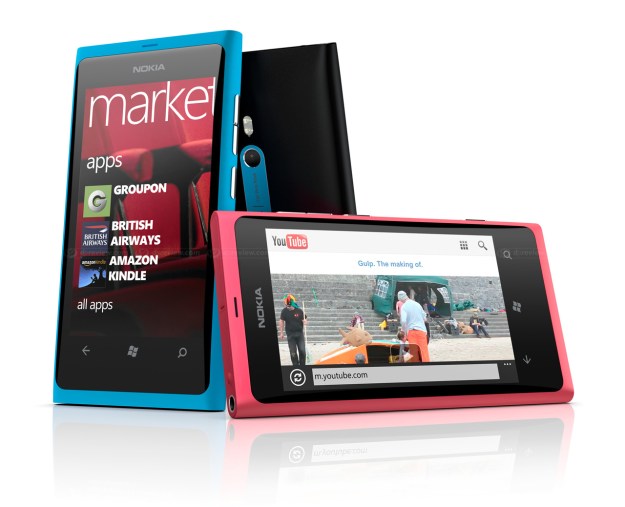 After their first gain in almost two years last quarter, Nokia has posted an operating loss of $196 million (PDF), on around $7.65 billion in revenue. This comes even as they’ve shown record sales of their Lumia phone line, at 5.6 million.

While Nokia’s overall mobile performance fell 31 percent outside of the Lumia, and their other “Smart Devices” fell 32 percent, the Lumia got a 27 percent boost from last quarter. Serving as Microsoft’s flagship Windows Phone, the Lumia has led to good news overall for the company  – even as they lost nearly $200 million in operating funds, they rose up from $5.69 billion to $5.85 billion in cash and liquid assets.

Nokia CEO Stephen Elop hinted today that a new Lumia device would be coming on a U.S. carrier by year’s end. It’s most likely the rumored Lumia “Catwalk.” If the early word on it’s legitimate, we should expect a metal case and a typically aggressive Microsoft ad campaign.

They also took a loss in units shipped to North America – 400,000 devices, down from 700,000 last quarter. More and more carriers are paying attention to Nokia recently, but they’ve gotta figure out how to consistently overhaul their US advertising strategy. When we see the Catwalk in Windows Phone ads, we have to get excited enough to switch, and at this point in the mobile industry’s take-off period, that takes a dynamic and immersive campaign. More importantly, it takes a fundamental understanding of how to convey what’s new about Catwalk, and why we should care.

We’ve all seen Windows Phone ads – colorful,  with focus on the OS’  layout. If Nokia wants to keep its North American presence on the rise without taking quarterly losses, it has to take that campaign a step further, building on our familiarity with it, and showing us what’s new about Catwalk aside from its shiny metal shell.

Topics
Video-editing app LumaFusion to get a Galaxy Tab S8 launch
Best Cyber Monday Smartwatch Deals: Apple Watch, Fitbit, Galaxy Watch
The most innovative smartwatches and wearables of 2022
The most innovative smartphones of 2022
Sunbird looks like the iMessage for Android app you’ve been waiting for
Fitbit Cyber Monday Deals: Save on Sense 2, Charge 5, and Versa 2
Apple Cyber Monday Deals: Apple Watch, AirPods, iPad, MacBook
Get these JBL earbuds and 4 months of Music Unlimited for $25
OnePlus’ new Android update policy matches Samsung, shames Google
How Apple can fix iOS 16’s messy lock screen customization in iOS 17
The best voice-changing apps for Android and iOS
Spotify Wrapped 2022: what it is and how to view it
Save $225 on the unlocked Samsung Galaxy S22 Ultra with this deal