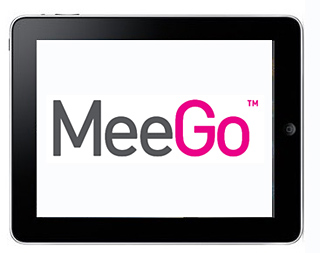 Nokia may have plans for MeeGo after all. The outlook hasn’t been terribly promising for the operating system since the Nokia-Microsoft partnership, but new reports are saying that Nokia may be looking to create a tablet and would be going that route without a Windows OS.

Reuters is reporting that “a person with knowledge of the company’s thinking” says that the brainchild of Intel and Nokia would be a more likely operating system for its tablet options. Apparently, before the beleaguered Swedish cell phone manufacturer tied its fate to Microsoft, it had big intentions for its MeeGo OS and according to inside sources, wants to make an impression with its first entrance into the tablet market.

The report also says that “Microsoft is not expected to be ready with a tablet platform before late 2012,” and any hypothetical tablet would be based on the full Windows OS.

Mostly what this sounds like to us is an inner struggle Nokia’s having. When it first decided to partner with Microsoft, Nokia made a big show of expressing its commitment to MeeGo. But there’s been no clear explanation of how the companies would approach a Nokia tablet.  At the press conference announcing the partnership, Stephen Elop said there was no agenda, but that Nokia would be able to take advantage of Microsoft plans for tablets. What does this mean? Mostly that Nokia is trying to keep its options open. A spokesperson told AllThingsDigital that “We have stated previously that MeeGo provides us with options on tablets. Windows Phone also provides us with options, as does our broader relationship with Microsoft. Our CTO will be exploring platforms and technologies to determine Nokia’s possible future tablet strategy.”