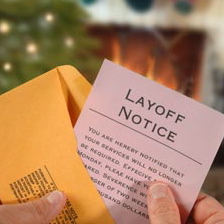 We knew it was coming. Nokia made it clear that after its new partnership with Microsoft, it would need to eliminate jobs and that this was slated for the end of April. Now it’s upon us, and the despite any warning the cuts will be severe.

Now that Microsoft has takem over much of its mobile software production, Nokia’s research and development department will be hardest hit. Antti Rinne, a representative from Finland’s largest private-sector office-worker union tells Bloomberg that as many as 6,000 positions could be eliminated – which is nearly 40 percent of Nokia’s entire research and development employees.

The cutbacks will be rolled out gradually over the course of the next year, likely because Nokia still has some lingering plans for Symbian. Also helping the company’s threatened employees keep their jobs a little longer is Finnish law: Companies are required to cooperate with unions before cuts begin, and Bloomberg says these negotiations typically last six weeks.

Nokia has been known and chastised for the amount of money it invests in research and development, which easily bests some of its more successful competitors. Of course, until relatively recently this was paying off: Nokia was the world’s largest manufacturer and there was promise surrounding its fledgling mobile OS. Of course, once Apple and (maybe more importantly) Android made their appearance, things changed very quickly and Nokia’s market approach seemed antiquated.

Of course, that’s exactly what its partnership with Microsoft and Windows Mobile is supposed to remedy. But with that come sacrifices: Namely, Nokia’s singular dominance of cell phone manufacturing and hopes for its own successful OS are out the window, as are many, many jobs. Of course the investment is looking increasingly profitable for Nokia, as the Windows Phone 7 is being heaped with promising forecasts.