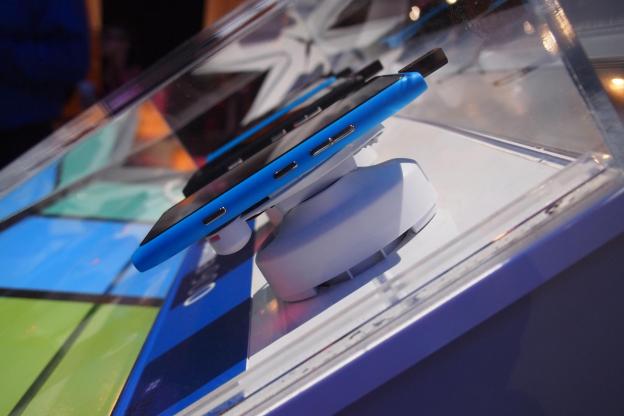 Some naughty insiders have been spilling the beans about Nokia’s future hardware plans to the Financial Times, and if the report is accurate, we could see one of the first tablet/smartphone hybrid devices to run Windows Phone from the company later this year. The sources say it’s, “The most innovative” device in Nokia’s 2013 range, and will be a similar size to the Samsung Galaxy Note 2, but feature a more advanced specification.

This comes just a few days after we heard about the next version of Windows Phone, currently known as GDR3, where support for 1080p screen resolutions and quad-core processors could be part of its OS enhancements. If Nokia wants to beat the Galaxy Note 2, it will need to add both these features to its challenger, and that’s before we know for sure what the inevitable Galaxy Note 3 will be packing.

There’s no indication when the Nokia phablet will go on sale, but assuming it needs the GDR3 Windows Phone update to compete, it probably won’t be until just before Christmas.

The FT report doesn’t end there though, as it continues with news on a few Nokia phones we’ve already heard a fair amount about already. First up is that we could see a Lumia phone with a 40-megapixel PureView camera in July. A PureView Windows Phone which rivals the original, Symbian-powered PureView 808 has been discussed for sometime, with a device known as the Nokia EOS most recently linked with the technology.

Next is further confirmation Nokia is at least considering making a lighter version of its Lumia 920 flagship phone. An aluminum-bodied 920, currently known by its Catwalk codename, is also a long-standing rumor, and there’s also a chance we could see it released as the Verizon-bound Lumia 928. Finally, a Lumia 820 replacement may join the revised Lumia 920 in the fall.

While we’ve heard enough about these rumors in the past to make them sound more than just idle speculation, they still refer to unofficial products which may or may not make it to store shelves. If the EOS PureView phone is coming in July though, it may not be long until we find out if at least that one is real.

Video-editing app LumaFusion to get a Galaxy Tab S8 launch
Best iPhone deals and sales for October 2022
Best Phone Deals: Save on Google Pixel 6, Galaxy S22 Ultra
Does the iPhone 14 have a fingerprint sensor? Here’s what happened to Touch ID
The best iPhone apps to download in October 2022
The OG App, an ad-free Instagram client, is no longer on the App Store
The best phones for 2022: Which smartphone should you buy?
Best period-tracking apps for Android and iOS
Best Apple deals and sales for October 2022
Best Buy is having a giant Samsung Galaxy Tab sale today
Sensor breakthrough brings us closer to blood glucose monitoring on wearables
Does the iPhone 14 have the Dynamic Island?
Best Samsung Galaxy Tab deals for October 2022