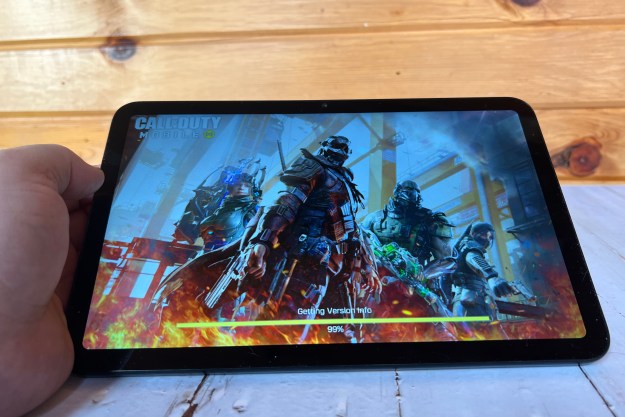 “The Nokia T20 tablet is a decent tablet that's better than a Fire tablet, and cheaper than an iPad, but that's about all it offers.”

The Android tablet market is largely dominated by iPads and Amazon Fire tablets, but the Nokia T20 is worth considering. If you’re looking for a tablet that is less expensive than an iPad, but more useful than an Amazon Fire, the Nokia T20 is a good budget option, with only a couple of minor pitfalls.

One of the (only) benefits of using an Android tablet (as opposed to a Fire) is access to Google services and the app store. Gmail, Maps, and Drive are central to my workflow. And while it’s true that most Android apps aren’t ideal for the tablet form factor, the Play Store is a much better app ecosystem than Amazon’s app store. Plus, Google recently introduced Android 12L, designed for tablets and foldable, which points to Google’s interest in supporting the form factor. So now might be a good time to jump on board the tablet bandwagon.

Overall, the Nokia T20 does a pretty good job as a media streamer and can even make a case to be a productivity machine. Let’s dig into it.

The Nokia T20 tablet has a glass and aluminum construction, so you won’t mistake it for a budget device. The Deep Ocean colorway on the back is a pleasant blue shade. It gives the tablet an overall classic and understated look that you’d want in a coffee table tablet. One downside is that the display doesn’t get bright enough for outside use. Otherwise, it is a sharp, 10.4-inch diagonal with a 1200 x 2000 resolution, resulting in an odd 5:3 aspect ratio. That puts it somewhere between 16:9, which is great for movie watching, and 2:3, which is great for productivity.

This tablet does a pretty good job as a media streamer and can even make a case to be a productivity machine.

The aspect ratio means the tablet is awkward to hold for reading in the Kindle app. It’s too wide and too tall to hold one-handed in either orientation. That leaves you either holding the tablet with both hands or setting it on a table to watch movies or TV. Speaking of watching movies, most have black bars on the top and bottom, but they’re not distracting since letterboxing is pretty common for TVs, too.

In landscape orientation, you’ll find the power button in the upper-left corner. The volume rocker is on the top in the same corner. You can expand the 32 or 64GB of internal storage with a microSD slot on the top-right side. Stereo speakers on either side put out good sound that’s not quite as loud as I’d like. There’s a headphone jack in an odd place in the rounded corner of the tablet. I didn’t expect to find it there, so much so that I didn’t even notice it for the first week. Finally, there’s a single USB-C port for charging and data on the right side.

The power button is somewhat inconveniently placed, as I found myself accidentally turning off the tablet when gaming or when just holding the tablet with two hands. That gets really annoying when playing a game or reading. That, combined with the weight, means this tablet is going to excel when you can set the tablet into a stand and watch a video, or when you attach a wireless keyboard for some light writing. That’s exactly how I wrote this review as a matter of fact.

This section is going to be where I highlight the ups and downs of this tablet. What’s important to remember here is the price point. While the price won’t compare too favorably with a Fire tablet, it’s very favorable compared to even a base model iPad. But that favorable price comes with some compromises.

Put frankly, performance and battery are not particularly great. While the tablet can run games like Call of Duty: Mobile pretty well, loading the game is very slow. Apps have a tendency to lag as you launch them, and even when you switch back to them while multitasking.

Network connectivity is not great either. The tablet sometimes had trouble playing or resuming a video stream on my mesh home Wi-Fi. I tested it on either my iPad or Lenovo Tab 13 Yoga when that happened. Neither had any trouble playing the same content at the same time. Add to that the performance lag, and that doesn’t spell good things for the hardware.

The battery is an 8,200mAh battery pack, which is good for about a day to a day and a half. If you’re streaming videos or gaming, that’s going to chew through the battery pretty quickly. After 30 minutes each of streaming Netflix at 75% brightness and playing Call of Duty: Mobile, the battery sat at 80%. By contrast, most phones can do both of those activities, along with 30 minutes of navigation, and have more left in the tank.

A good tablet will usually give you a solid two days. This one falls short of that, so remember to plug it in at night.

The battery life isn’t terrible, but it isn’t among the best either. I often found myself picking up the tablet in the morning, only to find the battery near 25%. A good tablet will usually give you a solid two days. This one falls short of that, so remember to plug it in at night.

As for the cameras, there are two. You get a 5-megapixel shooter on the front, which is clear and great for video calls and the like. There’s an 8MP shooter on the back, which is fine for scanning documents or QR codes. Those are the only acceptable uses for a tablet camera, by the way. Please don’t be the person who holds your slate up to record a concert.

The software on the Nokia T20 is fairly close to a stock Google experience. That’s a good thing because there’s not a lot of extra bloatware taking up space. I turned on gesture navigation right away, because that’s how I roll. Unfortunately, on a tablet, multitasking takes several seconds to come up when you’re using gesture navigation. It takes so long, I often have to remind myself that I am, in fact, doing it right. Since I’ve seen this phenomenon on other tablets, I can assume this is an Android thing, not a Google thing. That doesn’t make it less irksome.

One delightful part of the software is also a stock Google component. The Google TV hub is pretty awesome. It’s a combination of the various services you’re signed up for that can curate content for you to watch from Amazon Prime, Netflix, Hulu, YouTube, and others. While I certainly miss the Google News feed, this is an acceptable replacement, especially given the nature of Android tablets. They’re content-consumption machines, first and foremost.

As I mentioned earlier, you can use the tablet as a productivity machine, but there’s no software here that enables that, like on the Lenovo Tab 11 Plus. Besides, just because you can do something on this tablet, doesn’t mean you should.

One delightful part of the software is also a stock Google component. The Google TV hub is pretty awesome.

Other aspects of the software sing the same refrain they’ve sung for years. Android apps are not optimized for a tablet screen. Hopefully, Android 12L (if it comes to this tablet) will fix that problem. But for now, all you can expect are normal apps stretched out to cover a wider area. That’s not the fault of Nokia, though; that’s Google’s fault, and it’s high time Google fixed it. What would be Nokia’s fault would be if this tablet never sees 12L. Nokia isn’t exactly known for its software updates, and while Nokia promises three years of security updates, I wouldn’t hold my breath for OS updates.

The Nokia T20 tablet is available in the U.S. for $249 from Nokia.com or Amazon. In the U.K., pricing starts at 199 pounds. The main difference between the U.S. version of the tablet and the global version is in LTE connectivity. The U.S. tablet does not have that; the global release does.

Overall, this is a nice coffee table tablet that’s good for content consumption and some games. It lives in that weird space between being more useful than an Amazon Fire tablet, and less expensive than an iPad. It’s a knockabout tablet that gives you a good screen for watching movies, and in a pinch can even help you get some productive work done.

While it’s good for the price, if you really want a great tablet, spend about $100 more and get a 9th-generation iPad. If you only want a tablet for movies and a game or two, get an Amazon Fire. But if you want something that bridges the gap, and lets you use Google services, the use of which cannot be overstated, then this is a good tablet to pick up that won’t break the bank. Just don’t expect an amazing app experience or any software updates.

Of course. Probably the best Android tablet you can buy is the Samsung Galaxy Tab S7. The best tablet you can buy overall is the iPad Pro, though if you want to stay in the sub $500 category, look to the iPad Mini. This is an area where Apple has locked up the field and the Nokia T20 does nothing to change that fact. It’s not a terrible tablet, but it’s not really a good one either.

The aluminum construction feels sturdy. Assuming there are no accidental spills or tumbles, the hardware should last a good long time. We can make zero guarantees about software updates, though, and history is not on Nokia’s side. Nokia does promise three years of security updates, so there’s that. What we can promise is that this tablet will get you your money’s worth over its lifetime.

No. But that’s the answer we’ll give you for almost every Android tablet we look at. Google is just not there yet, but there is hope on the horizon. If Google is serious about 12L, that can change the conversation. is a wonderful operating system on phones, but the experience doesn’t translate well to larger screens, and it’s a shame it took foldable phones to make Google finally realize that.