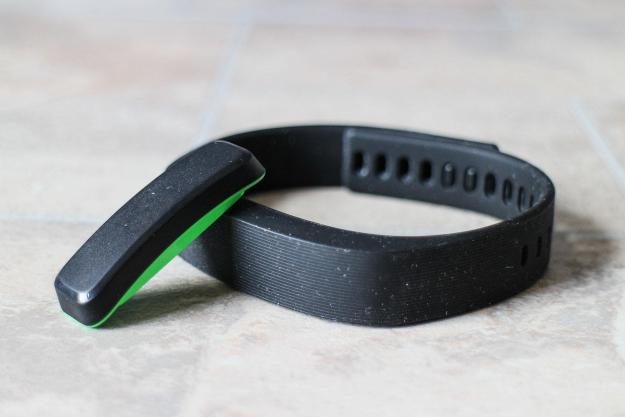 “Not even die-hard Razer fans will forgive the buggy software and limited fitness band functionality in the Nabu X.”

How do you set your fitness tracker apart from the crowd when there are so many options already available? Well, you could give it a special feature where the band becomes a social tool, connecting you with friends, and potential future friends, through a shared interest in healthy lifestyles and in this case, gaming.

What? Gaming? Yes, this is the Nabu X, a fitness tracker made by Razer — a company better known for products aimed at hardcore gamers, not hardcore fitness fanatics. It’s a good job, because the Nabu X — Razer’s second wearable after the Nabu — is a competitively priced, and decidedly unfussy fitness band, suitable more for the casual exerciser than anyone running marathons. We’ve spent a few weeks with it strapped to our wrist, and here’s how it shaped up.

So slim and light, you won’t notice it’s there

When the wearable team at Razer sat down to brainstorm how the Nabu X should look, it seems they took a glance at Sony’s SmartBand and said, “yep, we’ll have that, only a bit thinner.” It’s almost identical, which is both a good and a bad thing. The Nabu X is very light, and the strap is comfortable, and doesn’t get all sweaty either. Designed to be worn 24-hours a day, you’ll hardly know the Nabu X is there.

Designed to be worn 24-hours a day, you’ll hardly know the Nabu X is there.

However, like the Sony band, the material is an absolute lint magnet. You can wipe it down, but a second later, it’s covered in every bit of dust floating about in the air. The textured, ridged effect on the strap makes brushing any of it off impossible. The Nabu X’s brain module slips inside the strap, and is kept safe next to your wrist, while a simple peg-and-hole fastener keeps the whole thing from falling off.

It’s not the most visually striking fitness band around, although the green and white bands will make it stand out far more than the black version seen here. It’s slim and non-intrusive, and didn’t get caught on much clothing, but the metal Razer logo on the end of the strap gets scratched relatively easily, spoiling the look a little.

Two apps aren’t better than one

One app is usually enough to satisfy fitness tracking needs, but Razer has opted for two apps, which does little but slow the syncing process down. The Razer X Utility (Android | iOS) deals with the connection, notifications, and social aspects, while the Nabu Fitness app (Android | iOS) takes care of your steps, calories, and sleep. If you’re using an iPhone, there’s a Nabu Home widget available too. You connect with the Utility app, swap to the Fitness app for your day’s data, then go back to the Utility app again to tweak the alarm settings. It’s a pain. One app is more preferable.

The Nabu apps for Android worked without a problem, but the iPhone equivalents are buggy and unstable. The frequent crashes, despite numerous updates, were bad, but nowhere near as annoying as the band not syncing its movement data. There is absolutely no point in wearing a fitness tracker if the accompanying app does not track your fitness. Syncing after a full day’s activity and seeing a blank screen, indicating no progress whatsoever, is disheartening.

Nabu’s Fitness app records steps, distance traveled, calories burned, and time spent sleeping. Each is given a numerical value, and has a pretty, but information-light graph. All the data can be collated into views for a week, month, three months, or an entire year. You can set an individual goal for each one, but that’s about it. Don’t expect comprehensive workout plans, advice on how to improve, or any feedback at all.

Inside the Razer Nabu X Utility, you get the chance to customize how the band works, and configure the sleep tracking option. Rather than activate it manually, you set an approximate time when you usually go to bed and wake up, and the Nabu X will watch for when you stop moving during this period, and assume you’re asleep. There is an alarm on the Nabu X, but it’s not in tune with sleep patterns, so just buzzes on your wrist at a preset time.

Notifications from apps included in Notification Center on the iPhone can be added to the Nabu X, and when a message comes through, it lights up the three LEDs and vibrates to let you know. Except while you can customize the colors, you then have to remember what ones mean what, and it’s more trouble than it’s worth if your phone is particularly busy. Just setting it for incoming call alerts was more than enough for us.

Also, a firmware update made this feature incredibly annoying, to the point where I wanted to take a hammer to it just to stop the notifications, which were impossible to turn off. In the end, only forgetting the device under Bluetooth settings made it stop its infernal vibrating.

Social? Not so much

Finally, we come to the social sharing part of the Nabu X. The idea is to exchange Facebook and Twitter details with a fellow Nabu X wearer using a physical handshake, and be alerted to the presence of another wearer when they’re nearby. It’s a good idea, and when we heard about it from Razer in early 2015, it sounded exactly the sort of thing gaming communities would love. Except, the gaming community detail exchange is nowhere to be found. It doesn’t even include the Razer ID.

How does it work with the networks supported right now? The answer is intermittently. On the iPhone, the Nabu X Utility must be running for details to be exchanged, and its instability made this difficult. On the few occasions it did perform a handshake, the app crashed soon afterward. From what we can tell, it’ll send a Twitter Direct Message to your new contact, but it never worked at all on Facebook.

It also works as a tool for irritating your friends. Razer Pulse is the name given to the feature where it’ll let you know when a Nabu X-equipped friend is close by, but gently vibrating on your wrist. Oh boy, does it like to tell you that friend is nearby. It won’t stop. A 30-minute car journey means the bands continuously remind the wearer that neither person had leapt out of the vehicle, just in case anyone was concerned. Without some way to limit reminders, it’s a feature that will just get switched off.

The gimmicks are failures, but ultimately, a fitness band is purchased so we can see how much (or little) we move about each day. The Nabu X matched the Apple Watch for daily step count, and came within about a thousand steps of the Xiaomi Mi Band’s estimates, which we found to over exaggerate anyway. It was also consistent with the Jawbone UP24. As a fitness tracker, it performed its duty.

Thankfully, the notifications and complicated social aspects didn’t affect the Nabu X’s battery life, but it’s still a relatively short five to seven days worth. When the Xiaomi Mi Band can get at least a month and deliver the same data, or the coin cell operated Misfit Flash lasts for many months, a weekly charge isn’t anything to get excited about. Razer didn’t copy Sony’s smart decision to use a Micro-USB charger, and instead adopted a proprietary system, so you have to look after the custom charger lead that comes with it. A little over an hour on charge will return the battery to 100-percent though.

The Nabu X is $50, which is an average price for a simple fitness tracker — but when devices like the Xiaomi Mi Band exist for half that cost, its shortcomings are far more serious. The hardware is good, and the band very comfortable, but the software needs work before it’s acceptable for iPhone users, and the functionality needs a lot of expanding to make it more interesting. It also suffers from the problem of collecting and displaying data, but not actually offering any advice on what to do with it.

It’s hard enough to recommend like this, and without specific social gaming aspects which could have driven it towards a niche but eager audience that loves to be part of a ‘movement,’ not even diehard Razer fans are going to want to pick one up.