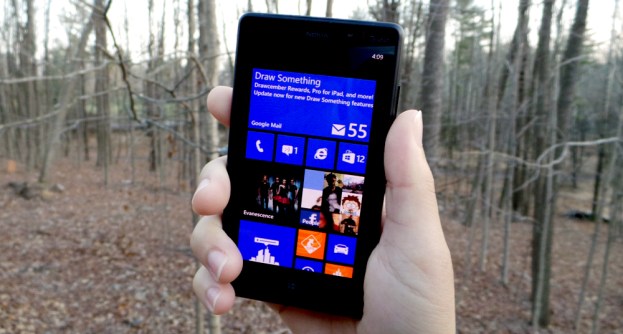 The latest research from ad promotion network AdDuplex shows Nokia has a vice-like grip on the Windows Phone market, with a huge 80 percent of the hardware in use being produced by the company. Bar its Series 40-powered Asha line, Nokia has dedicated itself to Microsoft’s mobile OS, and has clearly succeeded in becoming the go-to brand.

HTC is next in line, but with only 14 percent to its name, it’s hardly snapping at Nokia’s heels. Samsung has 5 percent (but only a couple of poorly promoted Windows Phones to its name), while ZTE, Huawei, LG and others all make do with 1 percent or less. Nokia controls more than 95 percent of the market in at least ten countries around the world, including Argentina, Finland (shocking, we know), Mexico, Chile and South Africa. In the U.S., around 66 percent of Windows Phones in the wild are made by Nokia, which despite being a sizable portion of the market, still finds itself down in the bottom ten countries – demonstrating the extent of Nokia’s control.

Forty-two percent of the U.S. market is covered by two phones, the Verizon exclusive Lumia 822 and the range-topping Lumia 920, owned by 22 percent and 20 percent respectively. AdDuplex’s worldwide figures show the most popular device is an even split between the Lumia 920 and the Windows Phone 7 flagship Lumia 800, with both commanding 14 percent each. The recently released, mid-range Lumia 720 is close behind with 13 percent.

So, Nokia’s domination of Windows Phone is good news, right? Well, yes, however while Nokia’s slice of the pie is large, the slice from which it has been cut is rather small. Recent research from comScore shows Microsoft has a 3.2 percent share of the smartphone market in the U.S., with Android far out in front with 51 percent. Even BlackBerry, which has only just launched BlackBerry 10, has control of 5.4 percent.

Nokia appears to be doing its part, but Microsoft may need to put in a little more effort if it wants to be the world’s number three smartphone platform.

Topics
Video-editing app LumaFusion to get a Galaxy Tab S8 launch
The best Samsung Galaxy S23 Ultra pre-order deal we’ve found
Best Phone Deals: Save on Google Pixel 7, Galaxy S22 Ultra
This exclusive Snapdragon chip supercharges the Galaxy S23 in 4 big ways
Using the Galaxy S23 and S23 Plus proved me wrong about Samsung’s new phones
The best tablets for kids in 2023: top picks for your kids
The best protective iPhone cases in 2023: the 25 best ones
The best flip phones in 2023: 7 picks we think you’ll love
The best smart notebooks in 2023: 8 picks you need to check out
The best iPad Pro games in 2023: the 26 best ones to play
iPhone’s Crash Detection is still firing off false calls
This tiny sensor is about to change your phone camera forever
Here’s another big reason why T-Mobile 5G dominates AT&T and Verizon