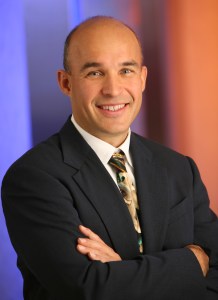 At the Web 2.0 Summit, one of Research in Motion’s CEOs (it has two) said that he doesn’t think apps are necessary or useful, and challenged the closed way Apple runs its App Store, reports the AFP.

“You don’t need an app for the Web,” said Jim Balsillie, co-CEO. “We believe that you can bring the mobile to the web. You don’t need to go through some kind of control point. That’s the core part of our message…It is really not about a set of proprietary rules or about appifying the Web. The Web needs a platform that allows you to use your existing Web content, not apps.”

Balsillie emphasized his point by showing flash content that the iPhone and iPad cannot play because Apple CEO Steve Jobs doesn’t like the technology, stating that the era of smartphone apps would “pass real quick.” When asked what he’d say to Jobs if he met him face-to-face, Balsillie said he’d be surprised, simply saying “you showed up,” referring to Apple’s unwillingness to attend such events.

Of course, the CEO used the swipes to push RIM’s new PlayBook, a tablet that mirror’s the design and feel of Apple’s iPad. The device will be priced at less than $500 when it hits U.S. shelves in the first few months of 2011.

When the subject of near-field communications was brought up, Balsillie said that RIM will definitely include the chips in its upcoming devices. “We’d be fools not to have NFC in a product in the near term, and we are not fools,” he said. Google CEO Eric Schmidt made a splash yesterday when he announced Google would include NFC chips in its devices and really push the technology. Wireless carriers jumped onboard with their own announcement later in the day. NFC allows customers to swipe their phone and use it as a credit card.

RIM’s BlackBerry brand has taken quite a hit in recent months, losing smartphone market share to both the iPhone and Google Android operating systems. It hopes products like the PlayBook and Torch keep it in the game.

Is he right? Do we really need an app for that? Or are applications mostly a bridge to the next phase of mobile, which will mostly be about the open web?

The best Minecraft shaders, and how to install them