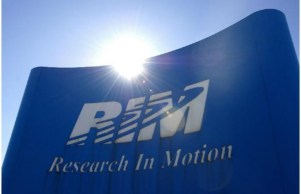 No doubt Research In Motion would like to have been the bearer of better news during the festive period, but unfortunately it wasn’t to be.

The Ontario-based company announced on Thursday that phones running its new BlackBerry 10 operating system won’t appear in the first few months of next year as had been expected, but instead should be out in the “later part” of 2012. According to Reuters, this was so RIM could take advantage of the arrival of more powerful and energy-efficient chipsets when they appear in mid-2012.

The company’s shipment forecast of BlackBerry smartphones made grim reading for investors, with sales of between 11 and 12 million devices expected in the quarter that includes the busy Christmas holidays, down from the 14.1 million sold in the previous quarter.

Figures released by the company on Thursday for the quarter ending November 26 showed a net income of $265 million, down significantly from the $911 million it made in the same period last year. The poor figures were partly due to a pre-tax writedown of $485 million related to its PlayBook inventory, plus a $54 million charge due to October’s service outage. Revenue fell from $5.5 billion in the same quarter last year to $5.2 billion.

Despite various special offers in recent months, sales of its troubled PlayBook tablet were also disappointing, with the company shipping 150,000 units during the latest quarter. In the previous quarter it shipped 200,000.

Following the announcement of the figures, RIM co-CEO Mike Lazaridis asked for consumers’ “patience and confidence,” regarding the company’s next-generation smartphone. “We wanted to make sure the product we launch in the US has the performance and battery life expectations that consumers are going to be expecting,” he said.

Lazaridis’s fellow co-CEO Jim Balsillie said, “The last few quarters have been some of the most trying in the recent history of the company.” The pair have even asked for their salaries to be cut to $1 while they try to get the company back on track, as a kind of “we’re all in this together” gesture, though one can assume they have a few bucks in the bank to turn to once they spend their dollar.

The firm that was once the dominant force in the smartphone market could be hit hard by its latest announcement regarding the launch of its BlackBerry 10 OS. By the time it comes out, the iPhone 5 will likely be on the market and Android phones with the latest Ice Cream Sandwich OS will already have the attention of consumers. The BlackBerry 10 OS would help breathe some new life into its business, but until that happens RIM will need to maintain healthy sales of its current range of smartphones, and also try to shift a few more of those tablets.