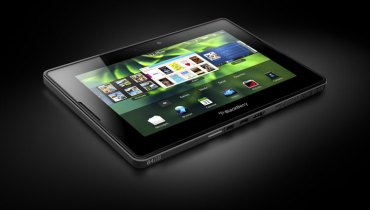 Research In Motion announced via Twitter this week that for a limited time only, its BlackBerry 16GB PlayBook tablet will be selling for $199. When it was launched in April it cost $499.

The tablet will be available for the new price at Best Buy, Wireless Giant, Office Depot, Radio Shack and Walmart, although at the time of writing only Best Buy was listing it for $199. There’s no word on when the offer will end (let alone begin).

According to the Wall Street Journal, some analysts believe that, as with Amazon’s recently released $199 Kindle Fire device, the new low price of the PlayBook means RIM will be selling it at a loss, “based on the costs of components and manufacturing.”

Amazon plans to recoup those losses through sales in its online store, to which the Fire is connected. RIM, on the other hand, will probably just be happy to shift a few of its devices, which have so far failed to gain any traction with tablet buyers.

The PlayBook received mixed reviews when it was unveiled earlier this year. It was criticized for lacking a native email client and instant messaging app, and though it was hoped these issues would soon be addressed by a long-awaited OS update, RIM recently announced that it was postponing the release of the update until early next year.

On top of that, its BlackBerry App World store is poorly stocked compared to rivals such as Apple’s App Store and Android Market.

In six months the PlayBook has failed to make an impact in the tablet market, though the company has stuck by it, with co-chief executive Jim Balsillie saying only last month that RIM was still 100 percent committed to the struggling device.

If, however, RIM fails to shift any at this latest price, there may be only one thing for it. Remember what happened to the Hewlett-Packard’s TouchPad?