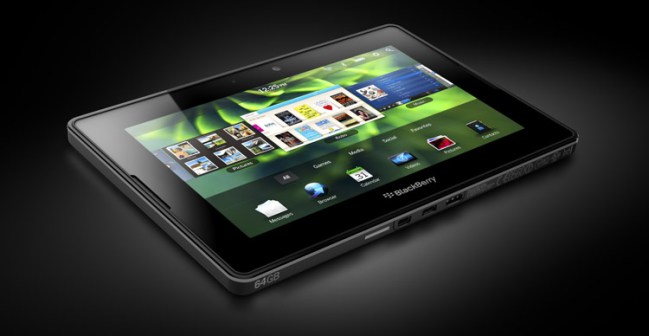 BlackBerry maker Research In Motion (RIM) has announced that its forthcoming 7-inch touchscreen PlayBook tablet will include a digital music store intended to compete with Apple’s iTunes. The pre-loaded music service is the result of a partnership with British company 7Digital.

The 7Digital music store will offer 320kbps MP3s and access to about 13 million songs from labels including Warner, Universal, EMI, and Sony. The store will operate on a pay-per-track and individual album pricing model similar to iTunes.

The inclusion of 7Digital is a clear attempt to challenge Apple’s iTunes, which comes pre-loaded on its iPad tablet computer. ITunes currently retains about a 66 percent share of the digital music market.

“The 7digital Music Store is a perfect complement to the high-performance BlackBerry PlayBook, providing users with fast searches and downloads, and a slick interface that makes it very easy to discover, purchase and enjoy music,” said Alistair Mitchell, vice president, BBM platform and integrated services. “We are thrilled to be working with 7digital to provide BlackBerry PlayBook users with access to an amazing catalog of 13 million tracks.”

BlackBerry will preview the PlayBook equipped with 7Digital during this month’s South By Southwest conference and music festival held in Austin, Texas.

RIM is expected to launch the PlayBook in the coming months, but has yet to announce a price for the tablet.

Video-editing app LumaFusion to get a Galaxy Tab S8 launch
Everything (and we mean everything) to know about 5G on the iPhone
Satellite connectivity on iPhone 14 is great, but its future is far more exciting
iPhone 14 satellite connectivity: how it works, what it costs, and more
Apple iPad Mini gets a rare price cut for Labor Day — but hurry!
The best phones for 2022: Which smartphone should you buy?
Best period-tracking apps for Android and iOS
Best Apple deals and sales for October 2022
Best Buy is having a giant Samsung Galaxy Tab sale today
Sensor breakthrough brings us closer to blood glucose monitoring on wearables
Does the iPhone 14 have the Dynamic Island?
Best Samsung Galaxy Tab deals for October 2022
Best Garmin watch deals for October 2022