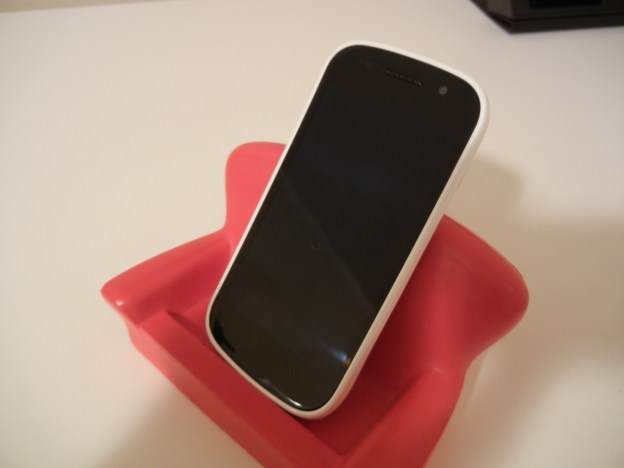 We might have learned why Verizon won’t be releasing a Galaxy S II phone, because they have an even better device coming this way. The latest rumor we are hearing is that Verizon will exclusively launch what is being called the Droid Prime, which might just be the first Android Ice cream sandwich device on the market. There is no word that the Droid Prime will be the next official Google Nexus device, but it sounds highly possible.

It’s hard to tell if this rumor has any legs to it or not, but looking back at other leaked information it does seem highly possible. We have been hearing the fabled Nexus Prime phone for some time, and at that time it had some ungodly specs which included 1.5gigahertz processor, LTE antenna, and 4.5inch display.

Today we hear directly from Samsung that it will be releasing a new edition to its Galaxy S II lineup with an LTE version of the popular device. Samsung’s Galaxy S II LTE phone will have very similar specs to the rumored Nexus Prime, the main difference is that the Prime is rumored to have a higher resolution 720p display.

This rumor about a Droid Prime phone also lines up with what we heard last week that Verizon will not be launching a Galaxy S II device. The Droid Prime would be available on Verizon, and technically is not a Galaxy S II phone. The source behind the rumor even went as far to say that Verizon did not feel that the Galaxy S II would be able to compete with the iPhone 5, which is why they would not be carrying it.

We have yet to see any hard evidence of a Nexus Prime device, let alone a Droid Prime, but the rumor does seem to make sense. Even with rumors of an LTE iPhone it doesn’t seem as though Apple will launch one this year, this might be a great chance for Samsung to get a leg up in the smartphone wars.