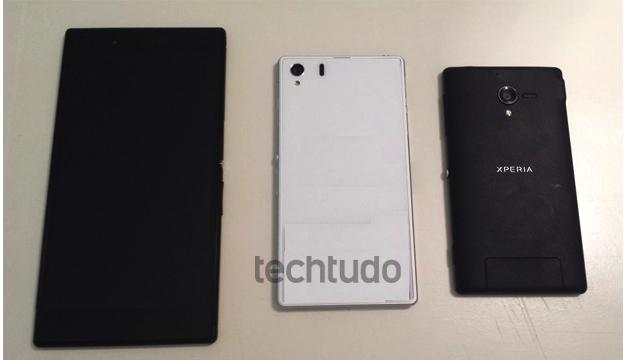 Apparently, the device’s big selling point will be a monster 20-megapixel camera, higher than anything previously released by the company. Judging by the picture, the screen will measure somewhere in-between the phones with which we’re already familiar, so perhaps 5.3-inches or 5.5-inches.

In the past, Sony’s rumored top-end camera phone has been leaked under the codename Honami, when it was linked with a 5-inch display. Other possible features include the Snapdragon 800 processor – which powers the Z Ultra – and a Walkman-branded amplifier. Leaks have referenced both a xenon and a dual-LED flash as potentially accompanying a Carl Zeiss-lensed camera, so we’ll be hoping for the former.

If the leak is correct, and the Xperia i1 is a real device coming soon, then Sony is joining the growing list of manufacturers producing high-end camera phones this year. Nokia has several already, and is expected to introduced its best yet with the Lumia 1020 in July, while Samsung has fitted a 10x optical zoom to the Galaxy S4 Zoom to make a true camera/phone hybrid. The question is, will a 20-megapixel camera be enough for it to compete with these two heavyweights?

There could be a while to go before we hear anything official concerning the Xperia i1, with talk of the device making its debut at the IFA Show in September, where it could go head-to-head with the Samsung Galaxy Note 3.