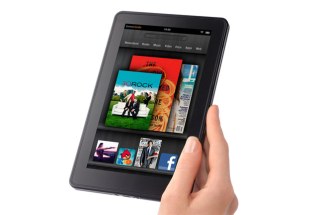 The proliferation of smartphone, tablet and e-reader ownership means there are more devices waiting to be filled with content than ever before. And it appears consumers are wasting no time going about it.

Data from research firm comScore this week shows that for online shoppers it’s digital content which is grabbing the attention above any other type of goods.

As a Reuters report on comScore’s data suggests, the figures may be an early indication that Amazon’s approach of pushing out masses of reasonably priced e-readers, and more recently its Kindle Fire tablet, is beginning to pay dividends.

Sales of digital products such as books, movies and music have jumped by around 30 percent compared to a year ago, comScore said.

In contrast, online sales of consumers electronics, jewelry and watches increased by about 25 percent, while clothes and accessories increased by some 15 percent.

Andrew Lipsman from comScore said that while the digital music market has stabilized, it’s the e-book market that’s really taking off and showing the most growth.

“The increased proliferation of devices, such as tablets and e-readers, has led to more forms of digital content being downloaded,” Lipsman said. “People are downloading e-books in a way they had not previously.”

Amazon is set to be a big winner as far as the sale of digital items go if its e-readers and new Kindle Fire tablet continue to sell well. Recent reports said the company was selling a million Kindle Fires a week.

The latest data from comScore will come as good news for the online retail giant, as it is thought it makes very little profit on the sale of its tablet. Instead it’s banking on sales from its online store of digital items for the tablet to generate profit.

Even more encouraging for Amazon is the fact that there are a ton of Kindle Fire tablets and Kindle e-readers yet to even be switched on, lying wrapped under the Christmas tree. Once those devices are fired up on the 25th, Amazon is bound to see a spike in sales as people begin adding content to their new tablet.

Of course, Amazon isn’t the only company excited to see that digital content sales are booming. Apple, for example, will be hoping to see a sharp rise in sales come December 25 as recipients of a new iPad or iPhone shop for content from its iTunes store, and Barnes & Noble, makers of the Nook devices, will also be looking forward to lots of new customers diving into its online Nook book store.

Best Prime Day iPad Deals 2022: What to expect in July

Apple Watch SE, Samsung Galaxy Watch 4 are both on sale at Amazon