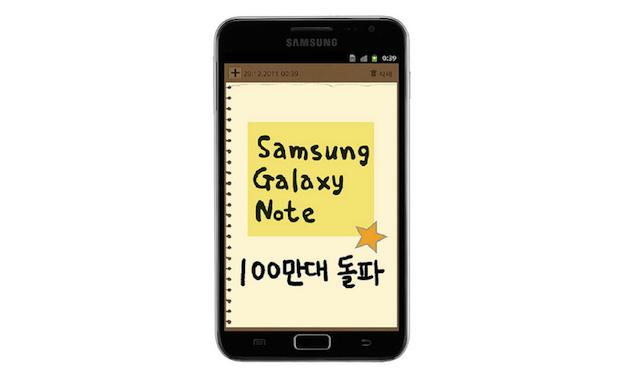 Samsung launched its unusual tablet/smartphone crossover device, the Galaxy Note, back at the beginning of September. Now, the company has reported a total of 1 million shipped units.

The news was shared via an image on Samsung’s official Flickr page, spotted by The Verge, which said that sales around the world were “rapidly rising”, and that the magic 1 million shipped figure was reached today, December 29.

Currently on sale in the UK, Germany, France, Taiwan, Hong Kong and several other countries, it’s worth remembering this is a shipped device figure rather than a devices sold figure, which is likely to be slightly lower.

Still, thanks to the Note’s over-sized proportions, it was never clear how well it would be received. The pocket-busting 5.3-inch screen and the inclusion of a stylus makes the Note rather quirky, but obviously not so much that it puts people off.

The Note has always been slated for release in the USA, but Samsung has never provided any details. Although it’s still keeping fairly quiet on the subject, it has at least now confirmed the device will be coming out in 2012, saying “The speed of the global sales is expected to accelerate further next year when it will be available in the US.”

Previous rumors regarding the US-launch of the Galaxy Note include it featuring a revised front panel with the traditional Galaxy home button removed, and the usual four-button Android layout instead, plus the potential for a 4G LTE model too. AT&T has been linked as the supporting network.

Perhaps we’ll hear more on the US-bound Note at CES in January?