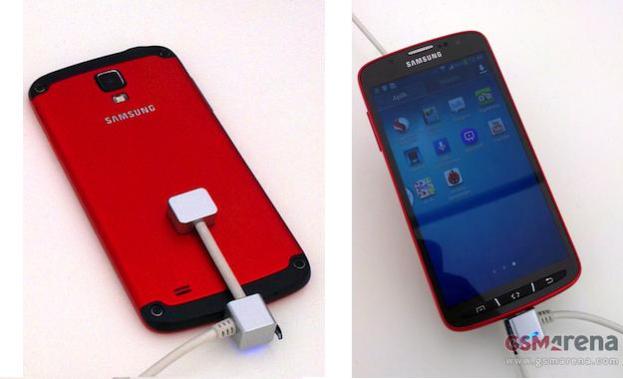 The latest round of rumors suggest Samsung is about to really please people who want to own a phone named the Galaxy S4, but without actually buying the Galaxy S4. It’ll do this by launching a whole new, extended family of Galaxy S4 phones. Samsung has already dabbled with such a move already, as proven by the distinctly mid-range Galaxy S3 Mini from last year.

This year though, it could be going all out, as a series of leaks have identified a Galaxy S4 Mini, a Galaxy S4 Mega, and a Galaxy S4 Active as all incoming new devices. It was fan site SamMobile which spotted the first references to the three phones, as they appeared in the update description text for Samsung’s WatchON app from Google Play. It specifically states, “Added support for upcoming S4 Mega, S4 Mini and S4 Active.”

A Galaxy S4 Mini has already been discussed, and was almost inevitable even before this appearance, given the release of the S3 Mini. The inclusion of an S4 Mega is surprising, as Samsung has already attached the Mega name to two other Galaxy smartphones – the Galaxy Mega 5.8 and Galaxy Mega 6.3. It’s also difficult to imagine how much more mega the Galaxy S4 can get, until it becomes the Galaxy Note 3. However, it’s worth remembering any spin-off devices will almost certainly have lower specs that the Galaxy S4.

This is clear to see in a more extensive leak of the Galaxy S4 Active, which could have been a rugged, water-and-dust proof version of the Galaxy S4; but depending on which set of specs are accurate, could end up being yet another mid-range approximation. You can see the S4 Active in a very brief video below, where the phone has a dual-core Snapdragon S4 Plus processor onboard, along with an 8-megapixel camera.

This matches some of the specs from a leak published by GSMArena.com, which also discusses the possibility of the S4 Active having a 5-inch, 1080p screen. The difference comes with the processor, as the pictured phone (which you can see above) had a quad-core, 1.9GHz chip. The Galaxy S4 Active was also been mentioned by a Samsung executive during the S4’s Dubai launch, but no features were discussed, and joins talk of a Galaxy S4 Zoom with an improved camera.

Of course, none of this is confirmed by Samsung, meaning there’s no guarantee any will make it to stores, despite some compelling evidence. Should Samsung decide all three are good enough to use the Galaxy S4’s name (and we would imagine they will), all three could be released around the same time. It has previously been suggested the S4 Mini had been delayed until mid-July, so look out for more news soon.