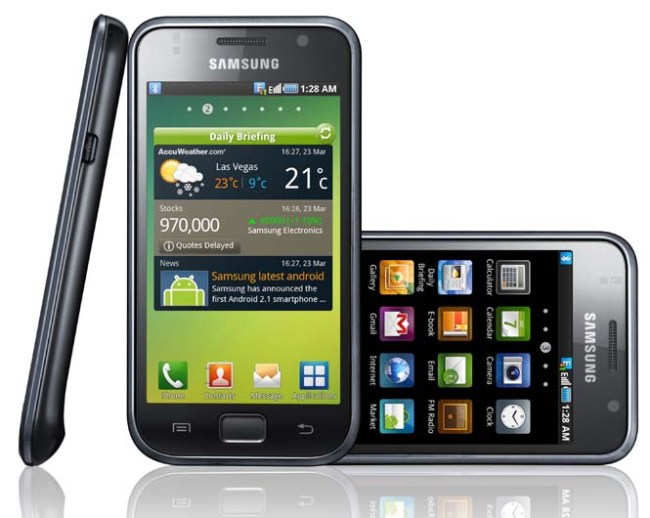 Who said whining on Twitter doesn’t get you anywhere? For a lucky handful of irate iPhone owners, digital gripes over the phone’s shortcomings will net them a free Galaxy S, Samsung’s lastest Android-based handset.

In a classic case of the squeaky wheel getting the grease, Samsung began using the Twitter account @SamsungUKMobile to reply to British iPhone users complaining about the iPhone last week. The company’s offer: Try a Galaxy S, on us, to see how Android compares.

“Don’t know if its O2 or iPhone 4 but for 2nd time this week call dropped and I can’t call or send texts! Unacceptable!” Tiffany Niuewland tweeted last Wednesday. Samsung replied with an offer to send over a free phone if she would private message her address, and after calling with Samsung to confirm it wasn’t a scam, she followed through.

“I’ve been waiting for an excuse to try out an Android for months, but it is yet to be seen if I can be persuaded to stray,” she told Wired.

From the public postings about free phones on Samsung’s Twitter page, it appears the company gave out about half a dozen phones in total.

Thinking about hopping on Twitter to unleash some iPhone angst and land a free Galaxy S? Too late. As of this morning, Samsung announced the stockpile has run dry.

Topics
Video-editing app LumaFusion to get a Galaxy Tab S8 launch
I still love my iPhone 14 Pro, but not for the reason I expected
The best Samsung Galaxy Watch faces for style and utility
Samsung Galaxy Z Fold 4 is $350 off — no trade-in needed
Save $225 on the unlocked Samsung Galaxy S22 Ultra with this deal
Apple Music Replay 2022: where to find and how to see your listening stats
Hive Social is my favorite Twitter alternative, but that’s not saying much
Best Cyber Monday iPad Deals: iPad Air, iPad Pro, iPad Mini
Best Cyber Monday Tablet Deals: iPad, Amazon Fire, Samsung Galaxy Tab
The best Christmas apps for everyone in 2022
The best Cyber Monday Apple Watch deals for 2022
First Google Pixel 7a renders show a modern, sleek design upgrade
Why this new Apple Watch Ultra app made me want to go diving