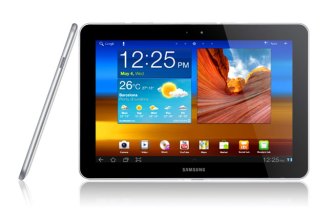 As expected, Samsung will fight the recent ban imposed on it by a German court preventing it from selling its Galaxy Tab 10.1 device in most of Europe. The ruling was made last week.

The decision by the Dusseldorf court came as the result of a patent infringement lawsuit brought by Apple, which claimed the Korean company’s Galaxy devices “slavishly” copied the design of its iPad and iPhone. In the ongoing dispute, the Cupertino-based company has also filed lawsuits against Samsung in the US and Australia.

According to a Reuters report, Samsung has secured a hearing in Germany for August 25, with a decision likely to follow several weeks later.

Last week’s ruling prohibits Samsung from selling its Galaxy Tab 10.1 device in all European countries except the Netherlands. However, lawyers for Apple have also filed an injunction in that country to try to prevent the sale of several Samsung devices there as well. Reuters reported that Dutch judge Edger Brinkman told the court on Thursday that he would make a decision on the case by September 15. He also said that if he rules in Apple’s favor, the injunction would come into effect a month later, on October 13.

Samsung will be desperately hoping something goes its way soon regarding these patent disputes. At the start of this month it agreed to stop selling its Android-based Galaxy Tab 10.1 in Australia over a patent dispute there with Apple. Samsung may even bring out a version of the device especially for the Australian market.

The Dusseldorf ruling takes Samsung’s Galaxy Tab 10.1 device out of the European market, losing the company an unthinkable amount of money. No doubt the electronics giant will have its very best lawyers on hand to fight the decision when the case comes to court later this month.

In April Samsung filed patent infringement lawsuits against Apple, though one of these was later dropped. Despite the discord between the two companies, Apple still does big business with the Korean company, with the iPhone maker expected to spend around $7.8 billion on Samsung component parts in 2011.

Samsung Galaxy Z Flip 4: Everything we know about the foldable flip phone