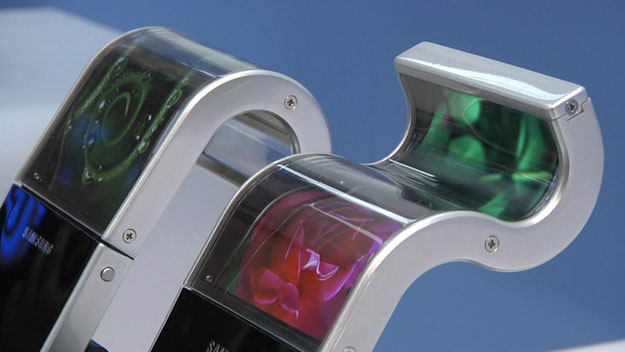 Not content with leading the industry in smartphone sales, Samsung also plans to offer the most flexible phones, too.

During its quarterly earnings call this week, the company announced plans to feature flexible screens on its mobile devices hitting shelves in 2012.

“The flexible display we are looking to introduce sometime in 2012, hopefully the earlier part,” said Samsung’s vice president of investor relations, Robert Yi. “The application probably will start from the handset side.”

The company plans to move on to tablet computers and other devices after phones, too.

Samsung has made rapid strides in bringing bendable screens to consumers after purchasing Liquivista, a company specializing in flexible electronic displays, back in January 2011. While many companies have been experimenting with bright, low-power displays that can also be flexed and twisted, this could be the first mass-market rollout for the technology.

At the 2009 CES, Sony demonstrated a flexible display, but it has yet to announce plans for a mass-market product featuring the screens.