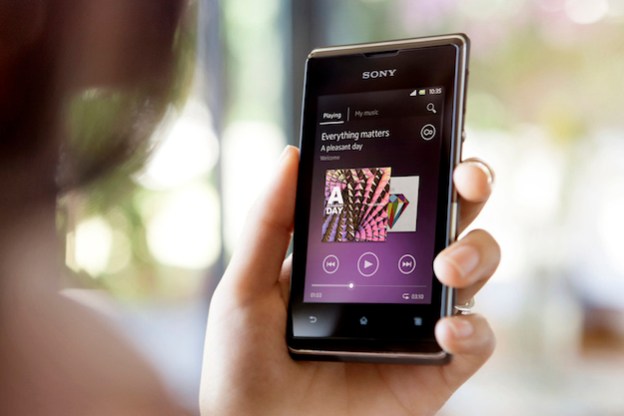 Back when Sony produced phones with Ericsson, it regularly rolled out hardware wearing the Cyber-shot and Walkman brand names. It produced some great phones too, including the now legendary Sony Ericsson K800, equipped with a 5-megapixel Cyber-shot camera, and the 9mm thick W890 Walkman phone with its brushed aluminum chassis.

When rumors of Sony Ericsson splitting started to circulate in 2009, so the Cyber-shot and Walkman phones started to disappear, with sources inside Sony at the time calling the decision to use the branding on Sony Ericsson hardware, “a strategic error.” Since then, the Walkman brand has been re-invented as a software tweak included in Sony smartphones. As for Cyber-shot phones, they died out long before Sony and Ericsson went their separate ways back in 2011.

Now, if the latest rumors are correct, Sony may be planning to bring the Cyber-shot and Walkman brand names back to its phones. According to PhoneArena, an anonymous tip has provided details on three new phones coming from Sony later this year. The first is a new Cyber-shot phone equipped with a 5-inch touchscreen, plus a camera with a Carl Zeiss lens and a sensor large enough to challenge the Nokia 808 PureView.

Codename Xperia A and Xperia UL?

The second is a new Walkman phone which will have an integrated amplifier, along with the Walkman software, for improved audio. This is a similar strategy to HTC, as it has incorporated an amplifier into several of its Beats Audio phones, including the Droid DNA and the Windows Phone 8X. Finally, the rumor mentions another Cyber-shot phone, this time with an iPhone-sized form factor and presumably, a 4-inch screen.

These devices fit in with previous rumors regarding two Sony smartphones known as the Xperia A and the Xperia UL. The Xperia A may be the Walkman phone, and is said to have a 4.6-inch screen and a Snapdragon 600 processor, while the Xperia UL could be the Cyber-shot device, as it’s supposed to sport a 5-inch, 1080p screen. If the rumor pans out, we can apparently expect these to appear after the summer and just in time for the holiday season.

In their day, the original Cyber-shot and Walkman phones were among the very best you could buy, and hardware such as the K800 attracted the same adoration that the Lumia 920 or 808 PureView’s camera performance does today. So, if Sony really is planning to re-introduce these two internationally recognized brands to its range of mobile phones, it had best do it properly.