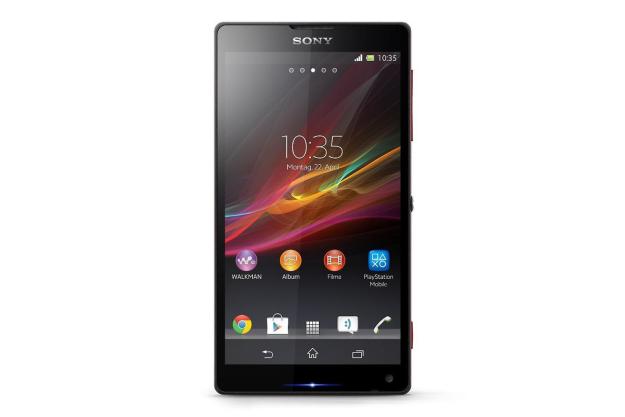 “The Sony Xperia ZL has a few minor issues, but if you can put up with odd button placement and vibration, this is a solid unlocked phone.”

Unlocked phones don’t get a lot of love in the United States because our wireless carriers have taught us that $500+ is too expensive. Though most smartphones actually cost this much, we’re used to $100-$300 prices for a high-end phone. What few realize is that when you accept a $200 phone with a two-year contract, you pay far more than full price over time, as the true cost is hidden in your expensive two-year contract. Enter the unlocked Sony Xperia ZL. It will cost you $630 unless you’re a customer of Cincinnati Bell. There’s no waterproofness to entice you (that will come with the Xperia Z) but the ZL has the fast processor, big screen, and nice design. But is it worth the cost?

The Xperia ZL’s design is simple but not basic, and elegant without being flashy. Edge-to-edge glass dominates the front, leaving just enough room for the earpiece and mic, with nary a navigation button in sight. Around back the textured plastic tapers just enough to let the speaker do its thing when sitting on a flat surface. A slight curve to the edges makes it comfortable to hold. Chrome lines this edge and surrounds the Xperia’s one distinctive feature: a round, metal power button in the middle of the right edge. It’s an unusual place to put that button as it almost ensures accidental pressing. Combined with the other two buttons on that same side – volume and camera shutter – the edge is a bit cluttered. Still, we admire the power button styling.

Odd placement is a thing with Sony. The LED notification light is under the display, as is the front facing camera. These touches are distinctive, yes, but they don’t add anything to the functionality (and sometimes hinder it).

Five-inch displays push the boundary between phone and phablet but the Xperia ZL’s thin profile, light weight, and relatively narrow width make for a comfortable phone that can be used one-handed. Sadly, this thinness comes at the cost of a removable battery. A flap at the bottom offers access to the SIM and microSD card slots, so the news isn’t all bad.

That screen is not only big, but beautiful as well – rich colors, deep blacks, wide viewing angles, plus full HD resolution. One minor issue: when viewing the display at an angle it gets a slight tinge that doesn’t wash out the screen, but knocks the colors off a bit. Fingerprints and smudges collect faster than we’d like, and when cleaning the display we noticed that it has a screen protector over it. This isn’t meant to come off, though it’s clearly applied over the glass and not a part of it.

Whatever method Sony uses to vibrate the Xperia ZL for haptic feedback does not work. We turned it off. There’s a metallic, nerve-wracking quality to the vibration that makes it unpleasant to feel under the finger and in the hand.

Sony’s UI skin over Android 4.1 Jelly Bean isn’t as extensive as HTC’s or Samsung’s, so the interface is very similar to what you’d get with a stock phone. There are a few significant differences that change the way Android works, such as taking Widgets out of the app drawer. Also, the Recent Apps button includes something extra: Small Apps. These are not just shortcuts but simple apps that run on top of others and take up a small portion of the screen. We’ve seen this concept before on Samsung tablets and big phones; what we like on the Xperia is that you can download more from Sony or third-party developers on the Play Store.

The interface’s overall look is clean and elegant, and Sony includes personalization options such as different themes and white balance adjustment. Display settings include the Mobile BRAVIA Engine 2 for enhancing images and video.

Owners can also customize the default keyboard to a point. Aside from more themes, there’s a choice between a clean keyboard with no long-press alternate keys or one with them. Oddly, having comma and period keys is optional. We wondered why anyone wouldn’t want those keys until we saw that adding them severely shortens the spacebar. Our suggestion: download SwiftKey X and don’t look back.

With the Xperia ZL, Sony reminds us that it once ruled portable music and currently sits atop an entertainment empire.

Our Xperia ZL review unit is the unlocked version – only one regional carrier has the phone in the U.S. – so there is no carrier bloatware to deal with, only the extra apps Sony adds. Most are media-based or deal with connectivity to Sony’s other products; all part of a unification strategy. Along these lines, Sony rebranded the stock music, gallery, and video player apps to Walkman, Album, and Movies, and improved the UI for each. Aside from the good productivity apps and unnecessary McAfee Security, there’s one other worth mentioning: Socialife. This well-designed news and social network aggregator is similar to BlinkFeed without the annoyances. A full-screen widget is available but not necessary and you can easily add your own news sources.

The speaker on the back pumps surprisingly loud and decent audio for a smartphone, and listening to music via the headphones is a great experience. With the Xperia ZL, Sony is reminding everyone that they once ruled portable music and currently sit atop an entertainment empire. Thus you can easily mirror the phone and the media content on it to a Sony Bravia TV or pair and connect NFC-enabled Sony headphones and speakers with a tap. From within media apps it’s easy to “Throw” a song, image, or movie to another compatible device. In a perfect world all these features would work with any modern entertainment gadget. At least Sony is attempting a unified ecosystem so that their own products work together without hassle.

This is another area where Sony’s position as a consumer electronics giant comes in handy. The 13-megapixel rear-facing camera benefits greatly from the settings and options culled from the company’s cameras, particularly the Superior Auto mode. It quickly assessed lighting conditions and other factors and switched to the correct mode. If you don’t want to leave it up to Auto, the app offers a ton of scene modes for almost any situation. The Xperia ZL’s pictures are good but not great. HDR mode doesn’t balance out shadows and light as well as the Galaxy S4 or HTC One, and the edges and details aren’t as crisp. Night mode produced surprisingly good pics in low light considering the shutter isn’t very fast. Burst mode increased speed but the moving objects are full of blur. Overall, images are fine for sharing online, though they won’t look all that great on a giant HDTV screen or when printed.

Video quality is quite good and the microphone surprised us by picking up a dynamic range of sound from loud banging to some wind noise without overemphasizing them or mashing the audio together into a loud mess.

The front-facing camera is decent enough for video chats and selfies, but the odd placement – the bottom right corner – means that if you try to use the shutter button, your finger ends up in the shot.

A 1.5 GHz quad-core Snapdragon S4 processor and 2GB of RAM power the Sony Xperia ZL. The speed and smooth operation we experienced is exactly what we’d expect from this hardware combo. The ZL doesn’t benchmark as well as other recent quad-core phones, earning a score of 8,054 from Quadrant. That’s better than the Galaxy Note 2 (5,944) but not as good as the Galaxy S4 (12,185) or the HTC One (12,031). Still, these numbers don’t mean the Xperia is an inferior phone. It ran all the apps and games we threw at it with no problems and overall performed beautifully.

There’s a metallic, nerve-wracking quality to the vibration that makes it unpleasant to feel.

Internal storage tops out at 16GB and the microSD card slot can handle 32GB cards. The only physical connection port available is the Micro USB on the side; it’s MHL-enabled, so you can output HDMI with the right dongle. Wireless connections include Wi-Fi, Bluetooth, an Infrared blaster, GPS, NFC, and DLNA. Sony sells the phone unlocked and it works with GSM carriers (in the U.S. that’s AT&T and T-Mobile) on the EDGE, HSPA +42, and LTE bands. We tested our review unit on AT&T and recorded excellent download speeds even when we only had two bars of service. The fastest result was 20.8Mbps down and 8.7Mbps up. The slowest was 11.4Mbps down and 6.7Mbps up.

Call quality is good with clear audio coming from the earpiece and the speaker. Our voice came through clearly on the other end as well, even with background noise, though not always crisp.

The Xperia’s 2370 mAh battery is just enough to provide tolerable battery life for light users and only about 8 – 9 hours for everyone else. The combo of the quad-core CPU and bright screen strikes again, the latter being the biggest culprit according to the battery utility. The only saving grace is the phone’s many built-in power saving utilities. Unlike other phones that just slow down the processor and turn down the brightness to save battery, the Xperia’s power management tools include smart options such as location-based Wi-Fi that turns on when you’re near a known network, a Stamina mode that turns off mobile data when the screen is dark, and a mode to extend the battery when juice is very low. Still, given that users can’t remove or replace the battery, the lack of longevity is disappointing.

The Sony Xperia ZL is almost a great phone. Beautiful screen, attractive design, speedy performance, decent camera. Yet in all of those categories there are a few minor problems that collectively mar the overall experience. Any one of them is overlookable, but are they all? And then there’s the price. It’s not cheap.

The Xperia XL is only available unlocked for most (lucky Cincinnatians get a subsidized choice) it costs a hefty $630 to own. That’s in line with other unlocked handsets but is still a lot to pay for a device with so many little issues. Subsidized, the choice is easier to make. Still, if you’re in the market for an unlocked phone, this is a great choice.

Topics
Video-editing app LumaFusion to get a Galaxy Tab S8 launch
When is my phone getting Android 13? Google, Samsung, OnePlus, and more
The best Samsung Galaxy S21 Ultra screen protectors
The U.K. wants to break up Google and Apple’s cloud gaming stranglehold
What is the newest Apple Watch?
5 phones you absolutely shouldn’t buy on Black Friday
How to set up and use a second line on an iPhone with an eSIM
Apple iPad Mini just got a $100 discount for Black Friday
Apple’s MagSafe Leather Wallet for iPhone is 24% off for Black Friday
Why the cheap Pixel 7 ruins all other Black Friday phone deals
MagSafe PopSockets are life changing, and on sale for Black Friday
This iPhone 11 Black Friday deal is crazy good — get it for $199
The best Black Friday phone deals for 2022