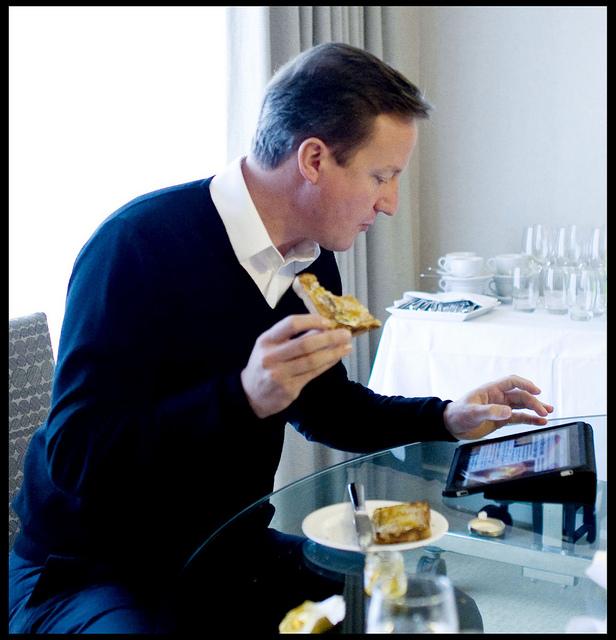 According to The Telegraph, U.K. Prime Minister David Cameron is in the process of having a personalized iPad application made for him. The customized app will help Cameron stay on top of government affairs and news, including employment rates and crime statistics. It will also feature real-time information from social sites, like Twitter. Once the app is finished it will reportedly be released to the public (the expected launch is March).

Cameron has become known as something of an iPad fanboy. Like other tablet users, he has reportedly used the available apps to read news and relevant Websites. Unlike other tablets users, he will soon be able to tailor the device to his very specific needs.

It’s quite the jump for a politician who often shirks emails for handwritten notes and even considered shutting down social networks this summer, but the iPad has made many an unlikely devotee. While average consumers remain fans of the tablets, professionals have increasingly been weaving the devices into their work lives. We’ve seen evidence of this in the medical, education, sports, and airline industries.

There’s been some questioning over the existence of this app and its technicalities, but at its most basic it appears that the Cabinet is working on some sort of secure portal that groups the Prime Minister’s most pertinent information together, adding real-time feeds in for good measure. In essence, it’s little more than a time saver given the fact that there are plenty of existing apps that individually accomplish this. It’s a little like Flipboard… with the exception of some data we’re going to go ahead and assume only Cameron is able to access.

The security and privacy of Apple products has been called into question before, but it becomes all the more important when you imagine world leaders with personalized data using the devices. It seems like there might be an untapped market here for app makers to create not only for the enterprise industry but for the higher governmental agency level.