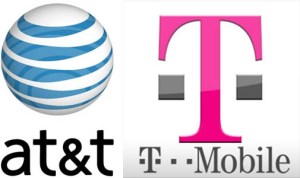 AT&T announced the purchase of T-Mobile yesterday for $39 billion from Deutsche Telekom. Maybe you heard? The move, which joins the nation’s number two and number four wireless providers, whittles the list of top competitors down to three: at the top is AT&T, followed now by former leader Verizon and, bringing up the rear, Sprint.

The purchase was a dramatic turn of events on its own, but Sprint actually had something of a stake in it if recent reports are correct. Back at the beginning of the month there was talk that the wireless provider was in negotiations to acquire T-Mobile. This would have joined the third- and fourth-largest providers in the country, accomplishing the similar end of whittling the top competition down to three but giving the two industry leaders in Verizon and AT&T a new force to be reckoned with.

Instead, AT&T snatched up T-Mobile and Sprint is now a distant third behind the other two companies. As you might imagine, this is not a welcome turn of events. Sprint has issued an official statement responding to the acquisition, laying out in rather succinct terms exactly why the joining of AT&T and T-Mobile may be bad for business, or, as Sprint puts it, “innovation and robust competition.”

The combination of AT&T and T-Mobile USA, if approved by the Department of Justice (DOJ) and Federal Communications Commission (FCC), would alter dramatically the structure of the communications industry. AT&T and Verizon are already by far the largest wireless providers. A combined AT&T and T-Mobile would be almost three times the size of Sprint, the third largest wireless competitor. If approved, the merger would result in a wireless industry dominated overwhelmingly by two vertically-integrated companies that control almost 80% of the US wireless post-paid market, as well as the availability and price of key inputs such as backhaul and access needed by other wireless companies to compete. The DOJ and the FCC must decide if this transaction is in the best interest of consumers and the US economy overall, and determine if innovation and robust competition would be impacted adversely and by this dramatic change in the structure of the industry.

Sprint’s points echo concerns raised by other observers of yesterday’s news. The facts are unavoidable here, and while there are points in favor of the acquisition as well, federal regulators are going to have their work cut out for them in gauging whether or not this deal can be made.

What is C-Band? Mid-range 5G explained

GameStop’s latest pivot takes it into the NFT business