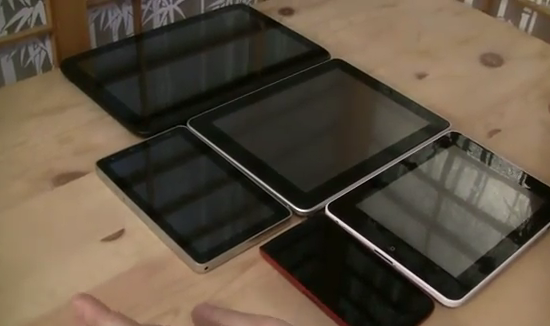 Speaking at Mobile World Congress, Bloomberg reports that Sprint vice president of product development Fared Arib claimed he doesn’t expect many of the smaller players in the tablet game to make it through the next two years. “You’ll probably have a good dozen players by the end of this year, and then in two years you’ll probably see just five that are really playing in that space.”

Arib believes that the force that is the iPad will prove too much for less illustrious tablet manufacturers to take on. According to Arib, too many of the tablets we are seeing are “essentially a phone operating system on a tablet,” as opposed to mobile devices that can stand on their own operating systems, software, and hardware features. Sprint will partner with RIM to launch the PlayBook tablet in the new future and currently supports the Galaxy Tab. The PlayBook has yet to launch, but created a significant amount of buzz at CES and has been lauded as one of the better multitasking tablets in its demonstrations. The Galaxy Tab is possibly iPad’s most able competitor, and is one of the bestselling Android OS tablets on the market.

Despite the strong prospects for these two Sprint-supported tablets, Apple’s iPad continues to dominate the market and edge out any device that can’t quickly establish itself as worth consumer dollars. It seems like a manufacturer announces its new tablet every other minute, and we’re nearing over saturation. HP unveiled the TouchPad just lack week, the Motorola Xoom is on its way, Dell introduced a convertible tablet aimed for corporate consumers. And these are some of the bigger names giving tablets a shot, there are companies like MSI, Wacom, and Viewsonic that are trying to get in on the tablet wars.

These types of products are probably exactly those that Arib has little faith in: Consumers are growing weary of the competition, and if you don’t already have a product, OS, or reputable name in consumer tech to fall back on, your tablet is likely to struggle in the face of adversity. There isn’t much room left for tablets at the top, and it’s only a matter of time until manufacturers stop investing money in what may very well be a lost cause.

Which iPad tablets are compatible with iPadOS 16?