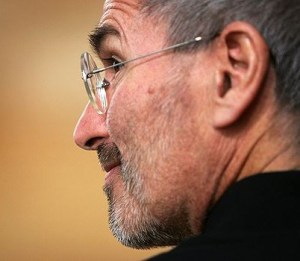 Apple CEO Steve Jobs has been ordered by a federal judge to submit to questioning in an antitrust case which alleges that the tech company iTunes service constitutes a music downloading monopoly. The order comes from U.S. Magistrate Judge Howard R. Lloyd, who is overseeing the proceedings on a complaint that was taken to the courts back in 2005, Bloomberg reports.

The plaintiff’s legal team must abide by a number of court-imposed restrictions; Jobs’ deposition may not exceed two hours and questions must be limited to issues surrounding software changes Apple made in October 2004 that prevented music purchased from RealNetworks, Inc. from working with the iPod MP3 player. The Seattle-based iTunes competitor announced in July 2004 that music purchased from its Harmony online store would work with the popular Apple media players. Five days later, a new iPod software update was revealed with tweaks Apple’s FairPlay — the proprietary software used to encode iTunes content — that would prevent RealNetworks content from working.

“The court finds that Jobs has unique, non-repetitive, firsthand knowledge about the issues at the center of the dispute over RealNetworks software,” Lloyd wrote in his order.

The lawsuit started in 2005 when iTunes customer Thomas Slattery filed a complaint following the FairPlay update, claiming that Apple illegally limited the competition by locking iPod users into being iTunes customers as well. The scope of the case was originally much larger, though issues surrounding Apple’s refusal to license FairPlay for third-party use and its decision to use the software to link iTunes with the iPod were dismissed in a 2009 ruling. As a result, Lloyd specifically ordered the plaintiff’s lawyers to keep their questions focused on the 2004 software update and its implications.