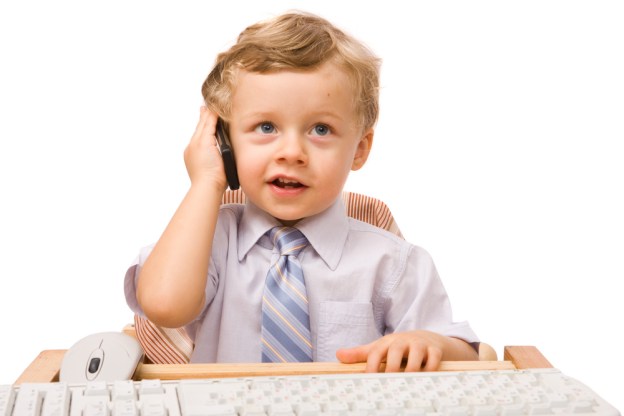 There was a time when little kids used to talk into toy phones to imaginary friends. Now it seems that they have real phones with Internet access and pay-as-you-go payment plans.

According to the results of a survey released this week, 10 percent of UK children under the age of 10 have their own iPhone, while a third have a cell phone. Five percent even have their own iPad.

Of the parents questioned in the survey, 10 percent said they felt it was OK for children as young four-years-old to have their own cell phone.

The study was conducted by cloud security firm Westcoastcloud to coincide with the release of its new Netintelligence iPad app, an internet security product for schools.

The survey, which questioned 2,000 families with children aged 10 or below about technology ownership, also revealed that 16 percent of kids have their own laptop. A quarter of those aged under 10 had their own email address, while 8 percent were signed up to a social networking service – which is interesting as Facebook, for example, stipulates that users of its service must be aged 13 or older.

Westcoastcloud’s Bill Strain commented on the survey’s findings, saying: “It’s great that youngsters are interested and engaged with the latest technology, but children owning their own phones as young as four does seem unnecessary.”

On a cautionary note, he added: “Kids will always be able to gain access to their parents’ phones and laptops but when primary school age children gain access to the Internet on these devices, parents need to be aware. There’s the potential that they could access unsuitable or potentially harmful content.”

Over 5 percent of parents said they didn’t check what their child was looking at on their cell phone and estimated that their offspring spent around three hours a week online, using phones, computers or other devices. Surprisingly, half of those surveyed said they had no parental controls installed on their Internet-connected devices.

As part of a new Communications Act being planned by the UK government, broadband providers there may soon be forced to offer parents ways of protecting their children from harmful online content.