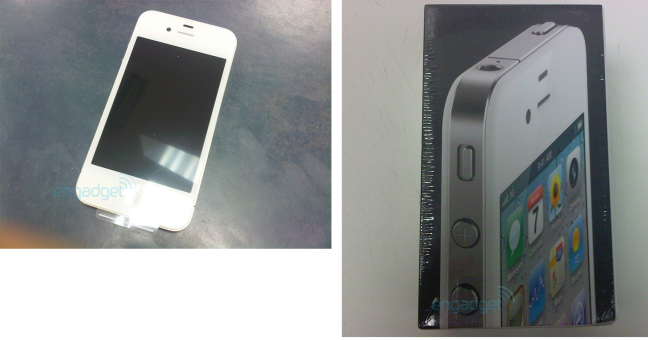 If you’re a UK Vodafone customers who loves the iPhone, then good news: The mythical White iPhone is finally here. Engadget received a photo from one of the first customers to get his hands on the unicorn of smartphones as proof. It’s all lining up as reported: Word from earlier this week said that a white, 32 GB iPhone 4 was for sale online in the UK and would retail for the same price as the black iPhone 4. And we’ve heard for some time now that the White iPhone would be making its debut at the end of April, so it seems safe to say that the device is a sure thing for Vodafone subscribers next week. Apparently, the phones won’t officially be on shelves until then.

What about everyone else?  We’re still banking on that whole “end of April” thing Bloomberg reported. According to its sources, Verizon and AT&T will have the White iPhone by then. But after all the waiting and are they-aren’t they?!, do you even care anymore?