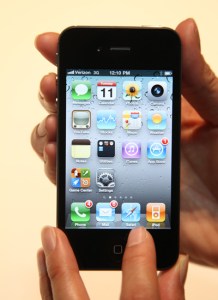 Verizon not only sold out of its allotment of iPhone 4 pre-orders, the company also set a record for launch-day sales, the Verizon announced on Friday. The iPhone 4 needed just two hours to exceed any other Verizon phone’s launch day sales.

“This was an exciting day,” said Dan Mead, president and chief executive officer for Verizon Wireless. “In just our first two hours, we had already sold more phones than any first day launch in our history.”

“And, when you consider these initial orders were placed between the hours of 3 a.m. and 5 a.m., it is an incredible success story,” Mead continued.  “It is gratifying to know that our customers responded so enthusiastically to this exclusive offer – designed to reward them for their loyalty.”

Verizon began taking pre-orders Thursday at 3 A.M. and halted sales at 8:10 P.M. What’s not known is exactly how many iPhone 4s were pre-ordered during that time. Last June, Apple announced that 600,000 iPhone 4s has been pre-ordered in the first day of availability in advance of the phone’s launch on AT&T’s network. Apple Insider cites an analyst with RBC Capital Markets who suggests that Verizon limited its total pre-orders to “less than 100,000” units.

If you missed out today, you’ll have another chance to get a Verizon iPhone 4 next week. The CDMA model of the iPhone 4 will go on general sale starting on February 10 at 7 A.M through Apple and Verizon stores. On February 9, qualified Verizon customers will have an opportunity to order the phone through Apple’s website for in-store pickup or delivery starting February 10.

Topics
Video-editing app LumaFusion to get a Galaxy Tab S8 launch
The best protective iPhone cases in 2023: the 25 best ones
The best tablets for kids in 2023: top picks for your kids
The best phones for kids in 2023
The best iPhone car mounts in 2023: top 10 best ones you can buy
Yes, we really are completely spoiling the OnePlus 11 and Buds Pro 2 launch
The best rugged smartphones for 2023
The best iPhone games in 2023: 31 games you need to play right now
This Apple leaker just revealed tons of changes for iOS 17 and iPhone 15
Beats Studio 3 headphones are $120 off today at Amazon
How to cheat in Words With Friends
Trading in your iPhone with Apple? You’ll get less than yesterday
The best QR code scanning apps for iPhone and Android in 2023