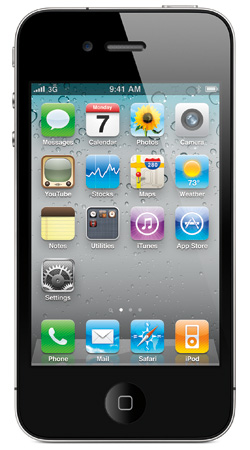 The wait is finally over for thousands of frustrated AT&T customers who have experienced dropped calls and poor signals stemming from the overburdened and underinvested AT&T network.

According to the report a person familiar with the matter has said that while Apple believes its exclusive relationship with AT&T has been successful, it believes that by opening the iPhone to a second carrier the company will be able to grow sales faster in the U.S.

This will mark the first time U.S. cellular consumers have been able to choose the network that carries their iPhone. While pricing for the Verizon phone is still unknown, it’s clear that with two vendors selling the phone, competition will be fierce. AT&T will likely be handling a surge in cancellations while Verizon needs to assure customers that their network can handle the load which crippled AT&T.

Analysts predict that AT&T will lose between one and three million new subscribers because of the Verizon deal. Toni Sacconaghi, an analyst at Sanford Bernstein, has been quoted by the Wall Street Journal estimating that Verizon may add up to 10 million iPhone customers. This would be a significant boost to the company’s 93 million users.

The Verizon iPhone will take advantage of the carrier’s CDMA technology. It is unclear when the phone will hit stores

What do you think about the iPhone coming to Verizon? Would you switch carriers or stick with AT&T? Let us know your thoughts in the comments.

Video-editing app LumaFusion to get a Galaxy Tab S8 launch
Best smartwatch deals for October 2022
Best Samsung Galaxy Tab deals for October 2022
Does the iPhone 14 have the Dynamic Island?
Best Buy is having a giant Samsung Galaxy Tab sale today
The best ad-blocking apps for Android in 2022
Google wants you to know Android apps aren’t just for phones anymore
I have a confession — I may have been wrong about the Apple Watch Ultra
The best Samsung Galaxy Watch 4 screen protectors
Can’t stand using Instagram in 2022? This app fixes everything you hate about it
Apple AirPods Pro 2 vs. Google Pixel Buds Pro
These 80+ apps could be running adware on your iPhone or Android device
Stage Manager is coming to older iPad Pro models after all