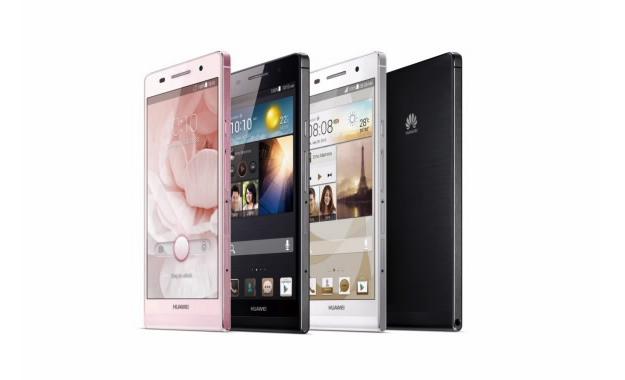 Huawei has officially announced the Ascend P6 at a special event in London. The Ascend P6 is a device which hasn’t been a secret for several months, with the company itself posting teaser images and confirming the name on its own Facebook page, and various leaks providing us with most of the technical information. While the event itself wasn’t live streamed, the firm live tweeted it through its @HuaweiDevice account.

The phone is Huawei’s most recent attempt to break into the lucrative, and highly competitive, world of high-end Android smartphones. It has released some intriguing Ascend-branded hardware in the past, but this is the first to see such a media-intensive launch. Described using words such as elegance, edge, and beauty, here’s what the Ascend P6 is all about.

The Ascend P6’s claim to fame is that it’s the world’s thinnest smartphones, as it measures an unfeasibly slim 6.18mm, and tips the scales at 120 grams. The design looks good in the press images, and certainly reminiscent of the Apple iPhone, particularly around the edge and the top of the device. Unusually, the base of the phone is curved while the top has a sharp, straight edge, while the antenna band is metal, and the front is almost all glass and screen.

Despite the slimness of the chassis, a 2000mAh battery has been fitted to the phone, which has several software enhancements which are said to increase its power efficiency by 30 percent. As we’d seen in the leaks, the Ascend P6 has a 4.7-inch, in-cell touchscreen which can be used when wearing gloves, and has a resolution of 1280 x 720 pixels. A 1.5GHz quad-core processor with 2GB of RAM powers the phone, plus there’s 8GB of internal storage space (which is a bit mean),and a microSD card slot. It runs Android 4.2.2 Jelly Bean, which is the most up-to-date version of the software, and has Huawei’s own Emotion user interface over the top.there is  Sadly, there’s no 4G LTE connectivity.

Huawei has fitted an 8-megapixel, backside illuminated camera lens on the rear of the device, along with a 5-megapixel forward-facing video call camera above the screen, which it says is, “Perfect for selfies.” As part of the Emotion UI, there’s the ImageSmart camera software which provides contrast and color enhancements, facial and scene recognition, and “beauty” tweaks for faces.

The phone is scheduled to launch in China and Europe in July, but the price has yet to be confirmed. According to the press release, Vodafone, O2, Carphone Warehouse, Orange, and several retailers such as Amazon, and MediaMarkt have all signed up to sell the Ascend P6.

Updated on 06/18/2013 at 1:40pm by Andy: Huawei has confirmed an unconnected price of 450 euros for the Ascend P6, which at today’s conversion rates comes out at just over $600. However, the phone won’t be coming to the U.S. anytime soon, but it will be out in 19 countries in Europe by July. These include the UK, Finland, Germany, Italy, Belgium, Ireland, Holland, Romania, and France.