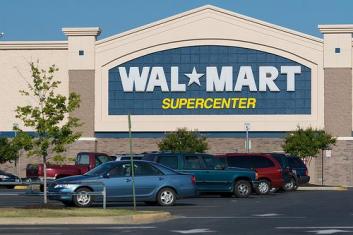 If you fancy an iPhone 5 but don’t like the idea of being tied in to a lengthy service contract and don’t want to fork out a lump sum for an unlocked version, Walmart may be able to help.

The retail giant announced on Tuesday it’s about to begin offering Apple’s popular handset with Straight Talk prepaid plans. Up to now, the device has been available from Walmart with a two-year contract.

The deal, which starts January 11, gives consumers the chance to pick up an unlocked 16GB iPhone 5 for $649 (the same price as Apple is selling it for) on a $45-a-month no-contract deal with unlimited nationwide talk, text and data. For an additional $15 it’ll throw in unlimited international calling “to more than 1,000 destinations in Mexico, Canada, India, and other countries.”

An 8GB iPhone 4 for $449 will also be available, together with the same Straight Talk plans. It’s something of a mystery why Walmart isn’t offering the iPhone 4S instead of, or as well as, the iPhone 4.

If the steep cost of the phones has your wallet looking like it’s about to burst into tears, sign up for a Walmart credit card and you can make monthly payments of $25.

“We believe customers shouldn’t have to choose between saving money and having the latest technology,” Walmart’s Seong Ohm said a statement announcing the new offer. “Now customers can have the coveted iPhone with unlimited talk, text and data without a contract for $70 a month thanks to our exclusive Straight Talk plan and industry first financing offer.”

F.J. Pollak, CEO and president of TracFone Wireless – operators of Straight Talk – called the $45 monthly plan and $25 financing offer “a marriage made in heaven,” claiming it made the iPhone 5 the most affordable premium smartphone in the US today.

The offer launches on Friday at more than 2,000 Walmart stores across the US as well as online at Walmart.com.