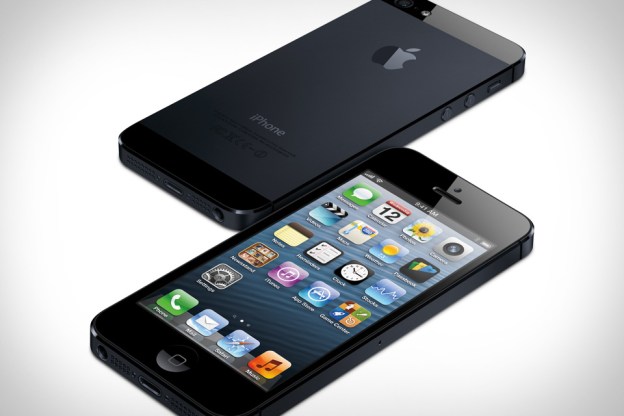 We’ve heard rumors about a budget iPhone in the works for years now. Apple always generates a huge amount of interest in any new iPhone and the tech press is always ready for seduction. Various sources “in the know” about manufacturing, and self-proclaimed expert analysts, have been lining up to tell us that a budget iPhone is inevitable. These rumors often sound credible and are picked up across the mainstream press, from the Wall Street Journal to CNN. The problem is, a cheaper iPhone doesn’t make sense for Apple.

Since the start of this year, just here at DT, we’ve reported on a ton of rumors: Apple may make a less expensive version of the iPhone, rumors of cheap iPhone, analysts think Apple will introduce affordable iPhone, could this be the budget iPhone, budget iPhone design to mix iPhone 5, iPod Touch, and iPod Classic, budget iPhone rumors re-emerge, and Apple prepares for budget iPhone in India. There have been many, many more related (usually less credible) rumors popping up online.

This isn’t a new rumor, though. It has been around forever. I mentioned it a year ago in a piece discussing whether the iPad Mini was real, and I stand by my opinion. I still think the budget iPhone will not happen and that the argument typically advanced in favor of it is fundamentally flawed.

Can you argue with this solid reasoning behind Apple releasing a cheaper iPhone? Android is running away with the mobile market. Apple’s market share is in decline. Logically, it makes sense that Apple would introduce more phones, right? The trouble with this idea is that market share tells you nothing about profitability. John Kirk makes the argument convincingly in this article: Android’s Market Share Is Literally A Joke.

Remember that report from Canaccord Genuity last year? The one about Apple and Samsung cornering all smartphone profits. They estimated that Apple had 16.1 percent of the smartphone market, but raked in 71 percent of all the profits. Apple is all about the profit.

It’s also important to remember that the smartphone market has been growing steadily over the last few years. As Apple’s piece of the pie has gotten smaller, the overall size of the pie has grown enormously. The net result is that Apple continues to increase sales and profits, regardless of its shrinking market share.

Comparing apples and oranges (or Apple and Google)

The fact that Apple and Google are going head-to-head in the mobile market obscures the fact that they have completely different business models.

Apple designs and sells its own hardware and keeps tight control of the ecosystem. Its products are high quality with premium pricing. It doesn’t need to cater for the whole mass market – it is content to secure a loyal niche with plenty of disposable income.

Google derives most of its profit from advertising, and it relies on harvesting data to stay on top. It makes very little profit from selling hardware and none from licensing (Android is open source, and free). Android is a way for Google to ensure its services are embedded on mobile devices. Google reportedly paid Apple $417 million to be the exclusive search engine on iOS in 2012. Market share is vital for Google.

Arguments against a budget iPhone

There are plenty of other, powerful arguments against Apple introducing a cheap iPhone. Here’s a list:

What about foreign markets?

As the original budget iPhone rumors have lost steam, the idea seems to have morphed into a much more plausible idea – that Apple will release a cheaper iPhone in emerging markets like India and China. Cheap Android smartphones have been positively booming in China. If Apple wants to secure a share, then it will need to release a lower cost device. Is it willing to trade profit for market share? It’s not clear that Apple would gain much by doing so, but it’s certainly more believable than the idea of a budget iPhone for the U.S. market.

It did it with the iPad Mini

Some might say that Apple already proved a willingness to release cheaper versions of its hardware by releasing the iPad mini, but anyone who thinks the iPad Mini is a budget device needs to look at the price tag of the Nexus 7. The iPad Mini was about delivering a different form factor, not a budget option.

No need for a budget iPhone

In Apple’s Q1 earnings call Tim Cook revealed that there are over 500 million iOS devices out there. Apple sold around 60 million more in Q2. If we were to give one iOS device per person, then 8 percent of the world’s population would have one. Apple is selling enough devices. There’s simply no need for a budget iPhone.