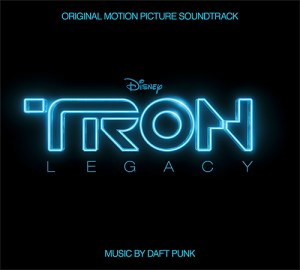 While movie soundtracks don’t typically generate much buzz beyond a certain niche of fans for that movie, this soundtrack appears to be a huge exception. After all, how many movie soundtracks even have their own official websites to promote them before they’re even released? The correct answer is not many. The Tron Legacy soundtrack by Daft Punk is a noticeable exception, and according to the site, the album is now available for pre-order, with a scheduled release date of November 22.

The new album is being offered as one of two sets. The first is digital download of the album, which will cost $9.99 and be available for download on November 22. The “deluxe preorder” contains a physical album that will ship with an exclusive Daft Punk Tron Legacy poster, as well as a digital download of the album when it is released. The physical CD and poster will be delivered on or before November 22, and sell for $39.98.

The website also promises to reveal the exclusive Daft Punk Tron Legacy poster in 12 days, as well as the debut of a new song from the album, but it did not say when to expect it.

The soundtrack marks the first full album worth of original music from Daft Punk since the release of the album Human After All in 2005, which should guarantee a certain amount of sales, regardless of whether or not people are interested in the movie itself, which hits theaters on December 17.

The best movie soundtracks of all time

Awesome! The Guardians of the Galaxy soundtrack is coming out on cassette tape