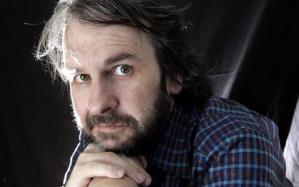 Film nerd alert: Famed director Peter Jackson, who is currently shooting upcoming Lord of The Rings prequel “The Hobbit,” took to Facebook Monday to confirm reports that the film will be shot at 48-frames-per-second, rather than the long-held Hollywood standard of 24 fps.

While this not might mean much to anyone who didn’t go to film school, Jackson says the increased shooting speed makes all the difference in terms of image quality, and will enhance the experience for all moviegoers.

“Looking at 24 frames every second may seem ok — and we’ve all seen thousands of films like this over the last 90 years — but there is often quite a lot of blur in each frame, during fast movements, and if the camera is moving around quickly, the image can judder or ‘strobe,'” Jackson explains on his Facebook blog. “Shooting and projecting at 48 fps does a lot to get rid of these issues.  It looks much more lifelike, and it is much easier to watch, especially in 3-D.”

According to Jackson, the increased frame rate puts far less strain on the eyes, especially when watching 3D footage. Not only that, but it looks so good, movies shot and projected at 24fps now look pitiful by comparison.

“It looks great, and we’ve actually become used to it now, to the point that other film experiences look a little primitive,” he writes. “I saw a new movie in the cinema on Sunday and I kept getting distracted by the juddery panning and blurring. We’re getting spoilt!”

Another director who’s jumped on the growing 48 fps movement is James Cameron, who says he’s shooting the upcoming Avatar sequels at the increased frame rate.

As Jackson explains, the 24 fps standard was set back in the 1920s, most likely because it was the slowest speed at which sound and moving images could be combined and still be appealing to watch. The shooting speed has maintained its status as an industry standard because the cost of shooting on film is so high. (Film is purchased by the foot, which equals about 18 frames. A minute worth of footage equals about 90 feet.)

Now, with the industry moving away from film towards digital, the cost of ramping the frame rate to 48 fps is relatively negligible.

For the faster frame rate to become more widely adopted requires theaters having projectors that can display footage at 48 fps. (Footage shot at 48 fps, but displayed at 24 fps, displays at half the normal speed — this is how slow motion footage works.) Jackson says most digital projectors, which have become widely used at theaters in the US, can be made to project at 48 fps with a simple firmware update.

Samsung's Cinema LED is a massive 34-foot screen, and it's coming the the US soon